Fall and PBs in the Air 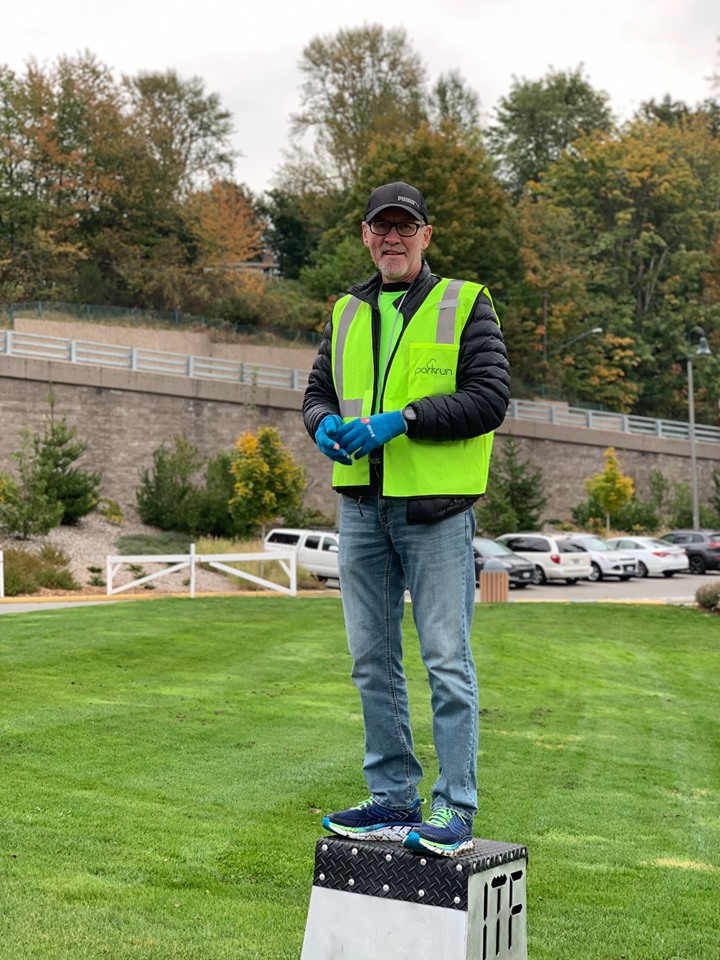 October 12th brought us a slightly chilly autumn day that was perfect for running, as evidenced by the number of PBs we we saw today.

There were 10 parkrunners achieving Personal Bests, including the first 4 runners across the line.
In first place we saw Nathan Clifford setting a PB on his 5th run here at Perrigo. 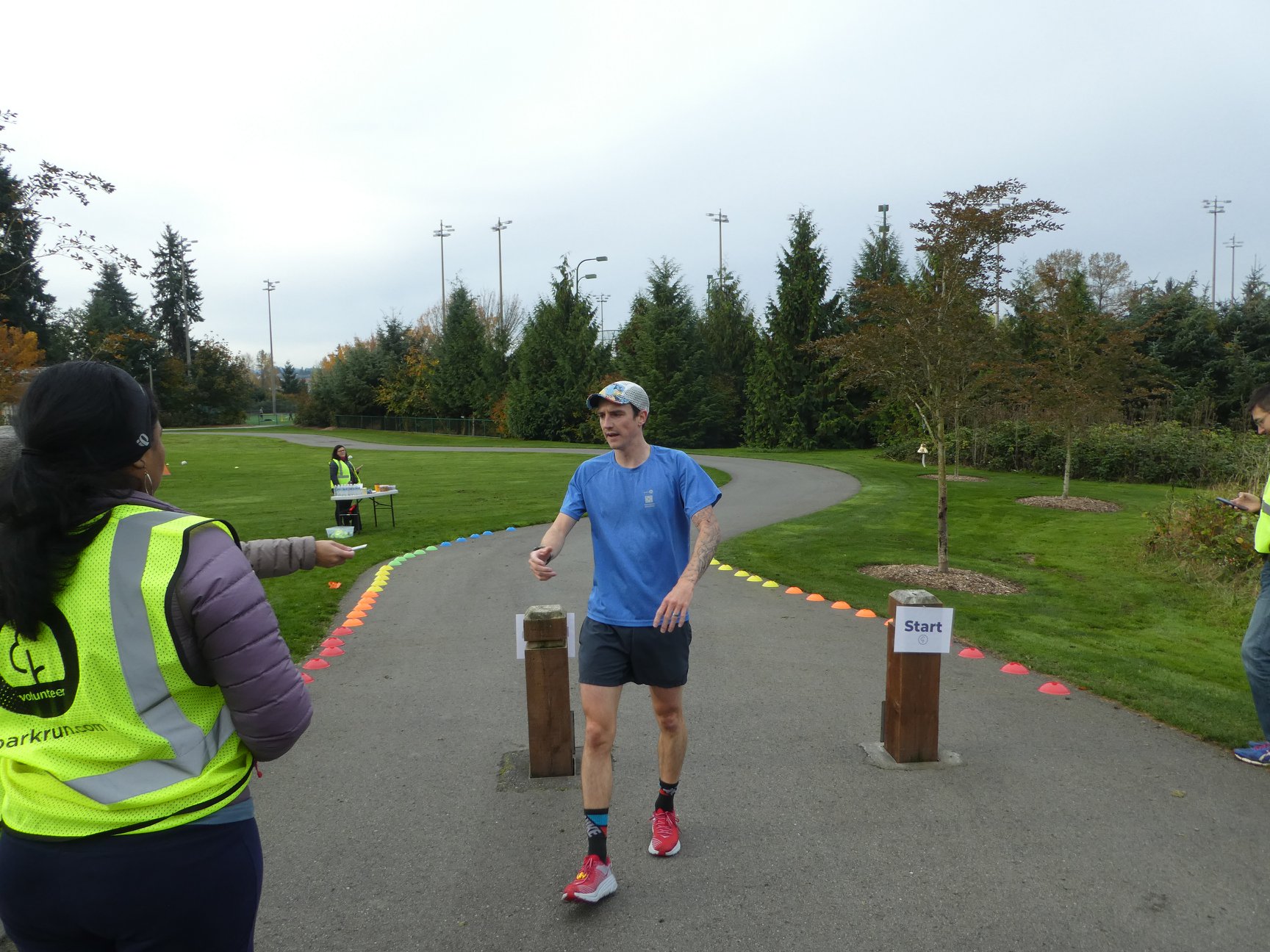 Following we saw Phil Anderson on his second run at Perrigo also setting a PB. It might be only his second run here, but we know Phil very well since he is a regular at Renton, and we have crossed paths many times. He and Laura promise to come back to Perrigo a bit more often. 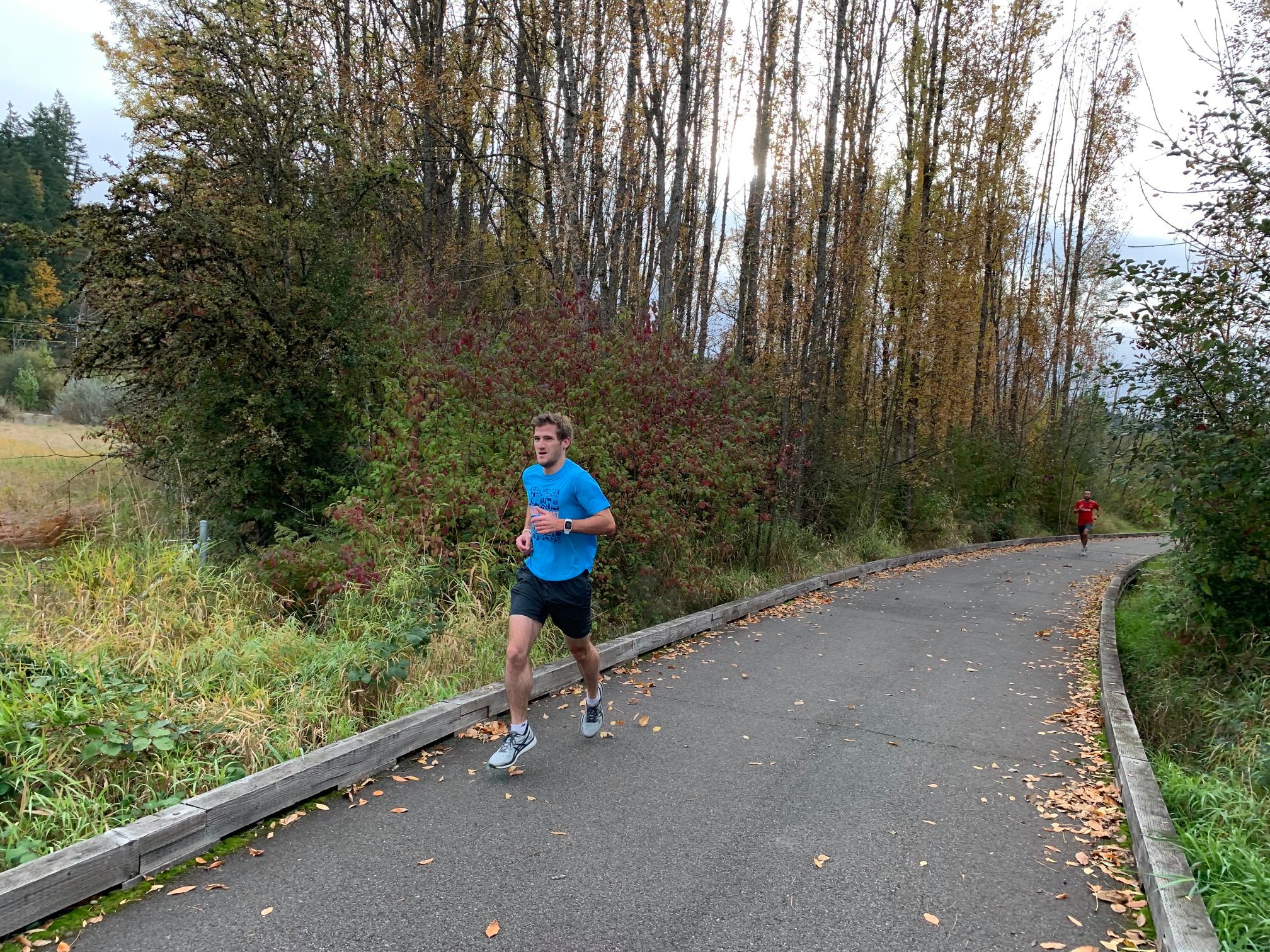 In third place was Dan Metteer running his 7th parkrun here at Perrigo with another PB.
Timothy Paul was right behind in 4th place on his 4th parkrun, setting not only a PB but an age category record for Perrigo as well. 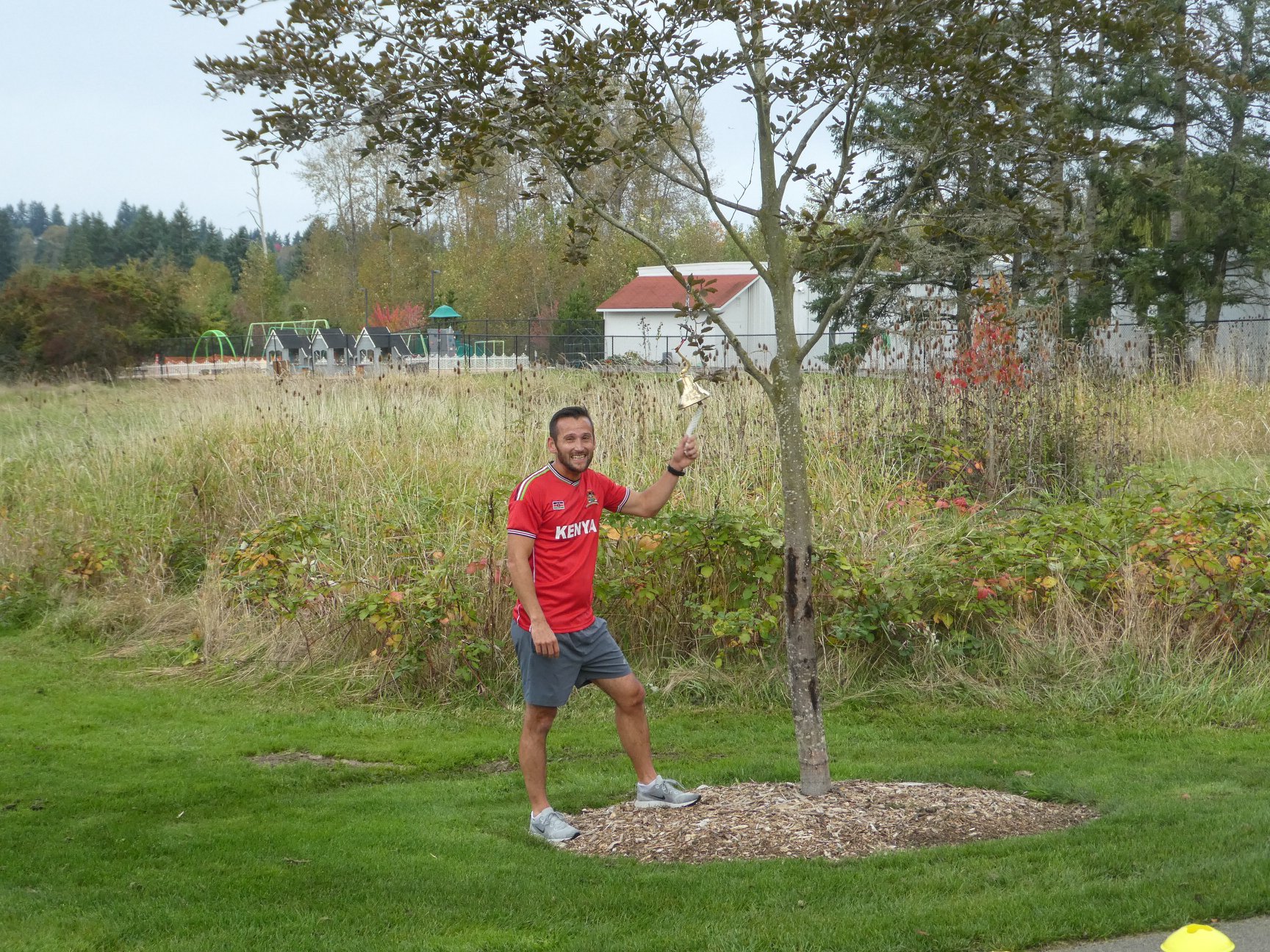 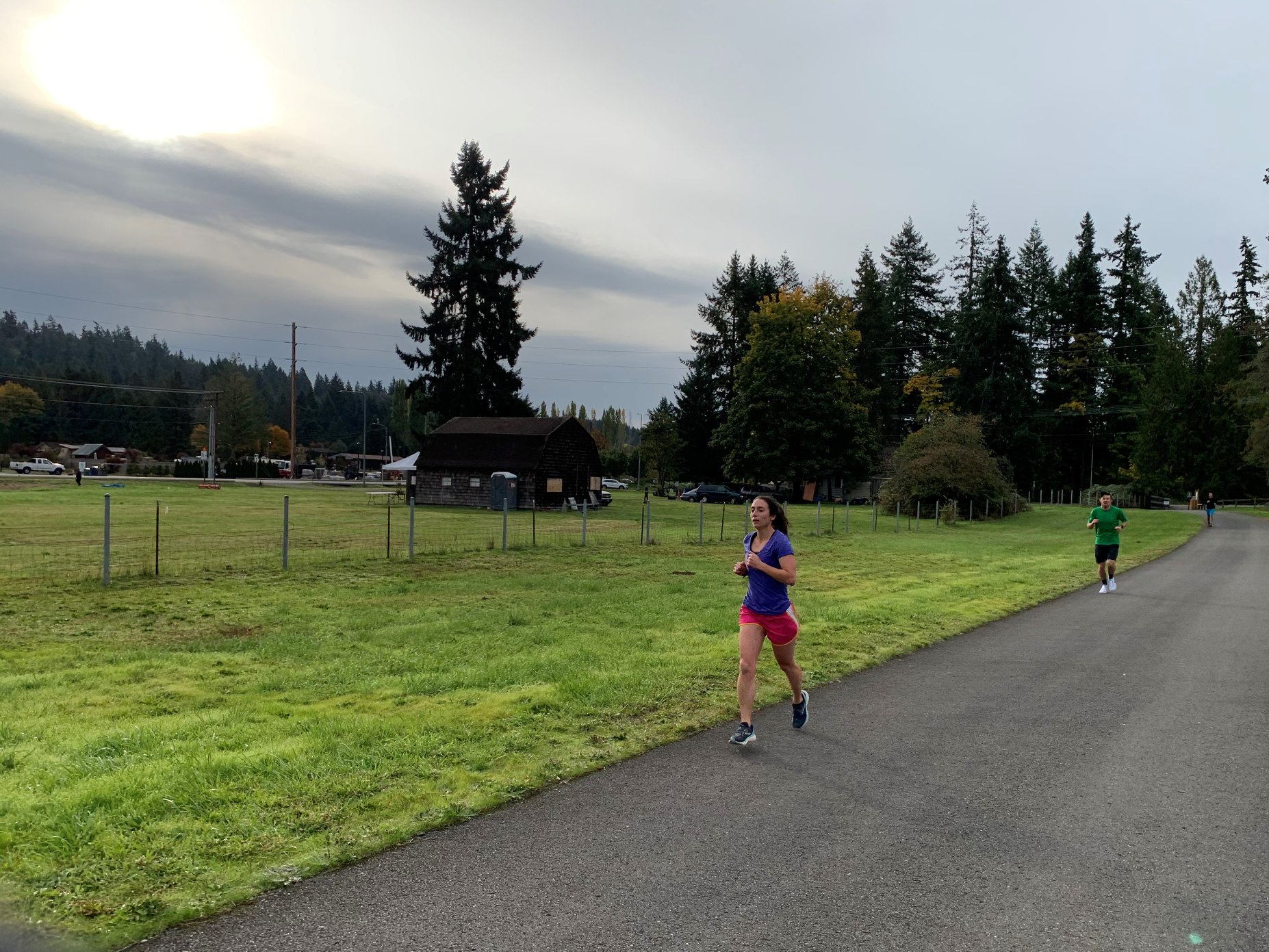 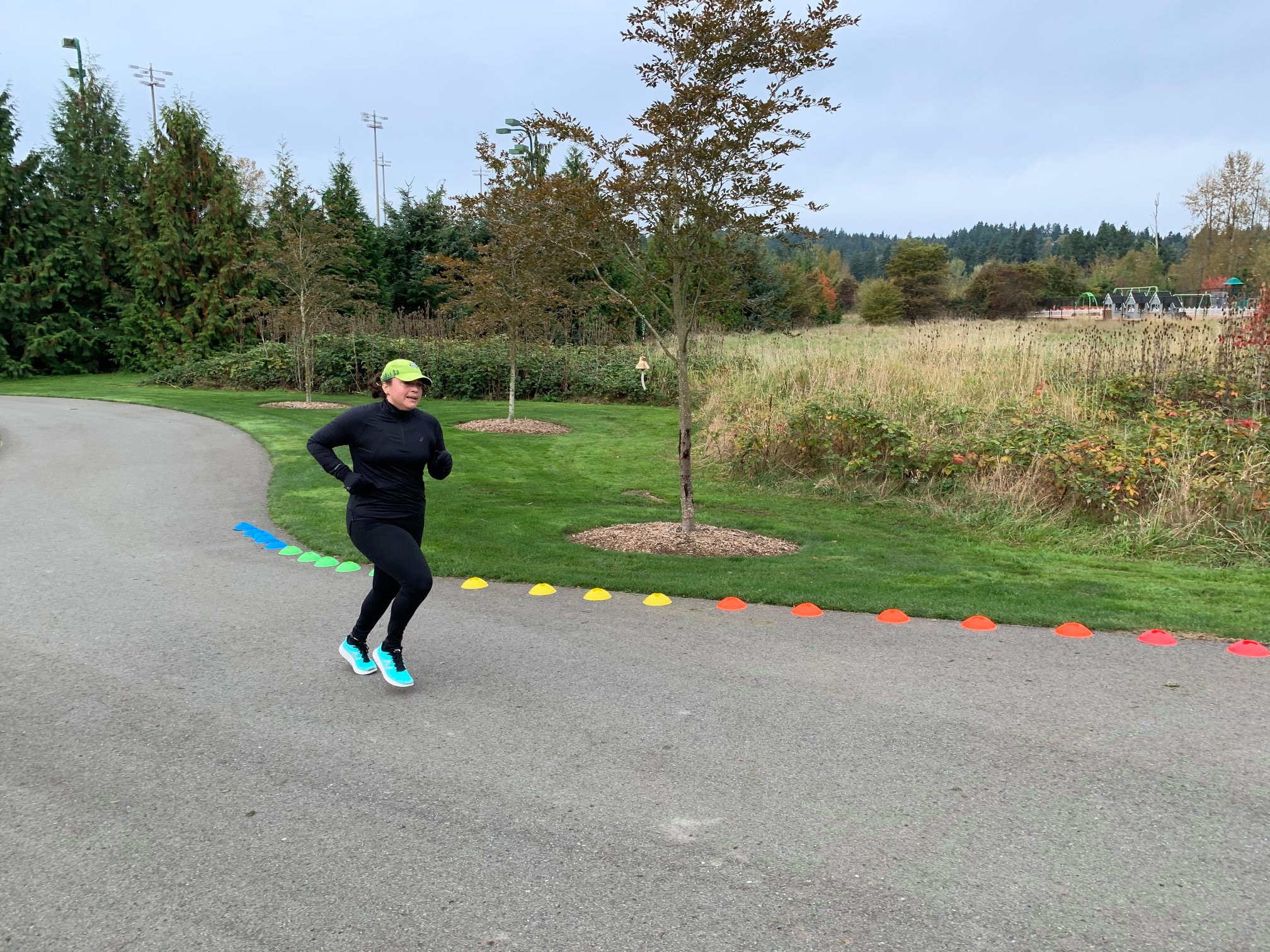 Congrats to all of you for getting that PB today, and hopefully you got a chance to ring our bell.
And, yes we did manage to fix that bell after it took a bit of a beating from all the PBs last week!

We did not have quite as many young runners this week as we are used to seeing, but it was nice to see a couple of our regulars get their kids out running for the first time:
- Gabriella Drewer showed up for her first run with her parents after having volunteered a few times before. Nice to see you out there running Gabriella, and hope to see again.
- One of our regular volunteers, Gavin Young, brought two of his girls out for their first time to Perrigo, and they looked absolutely excited to be there. Really hope to see you out a lot more in the future. 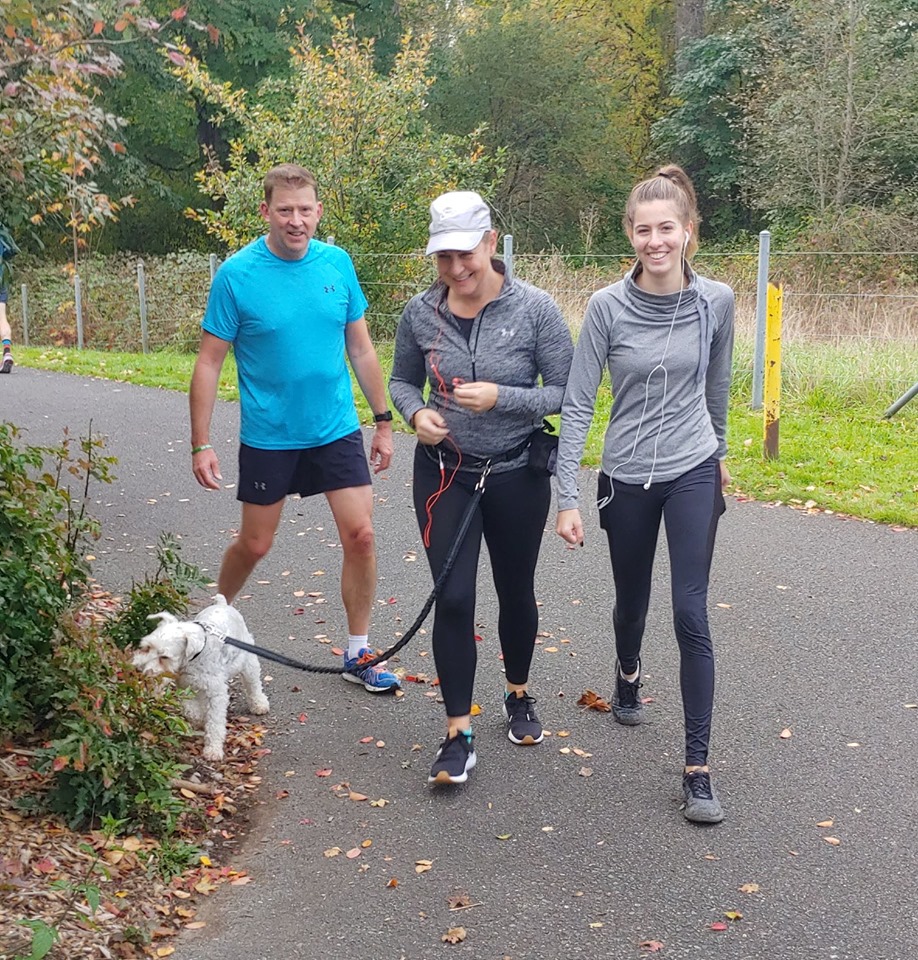 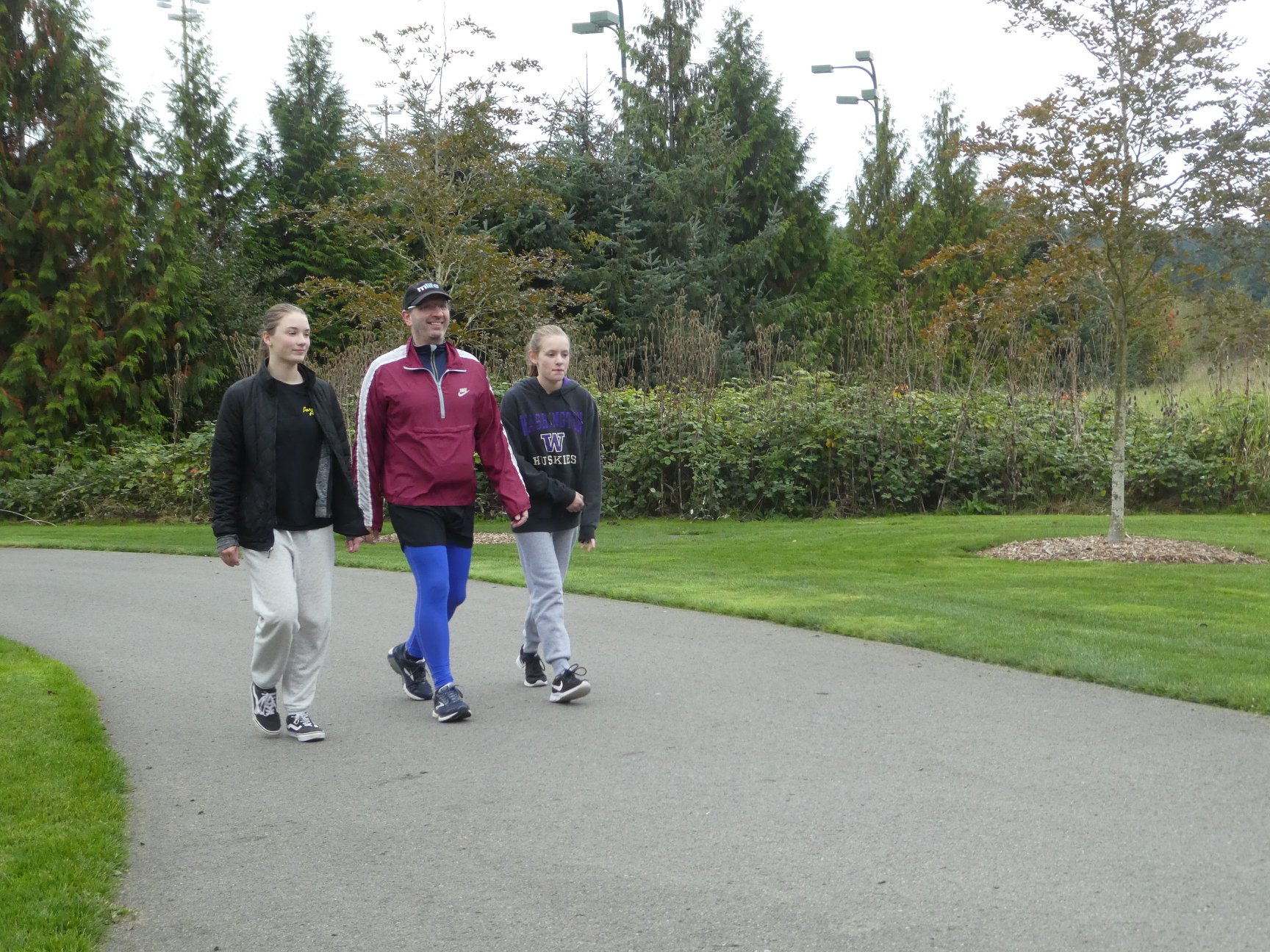 This just serves as a reminder that parkrun is not just about running, but getting out to enjoy some exercise with family and friends.

Today was also a day for our Event Director, Kerstin Pepper to get out for her second Perrigo run. It was a rough couple weeks for her, after having to say good bye to her beloved pup "Milo" who, has been at her side from even before they moved here from Britain many years ago. Then a few days ago she caught a bug from the kids at the school where she works, so we decided she needed to take one week to just go out and enjoy a run with her other pup, "Tess". 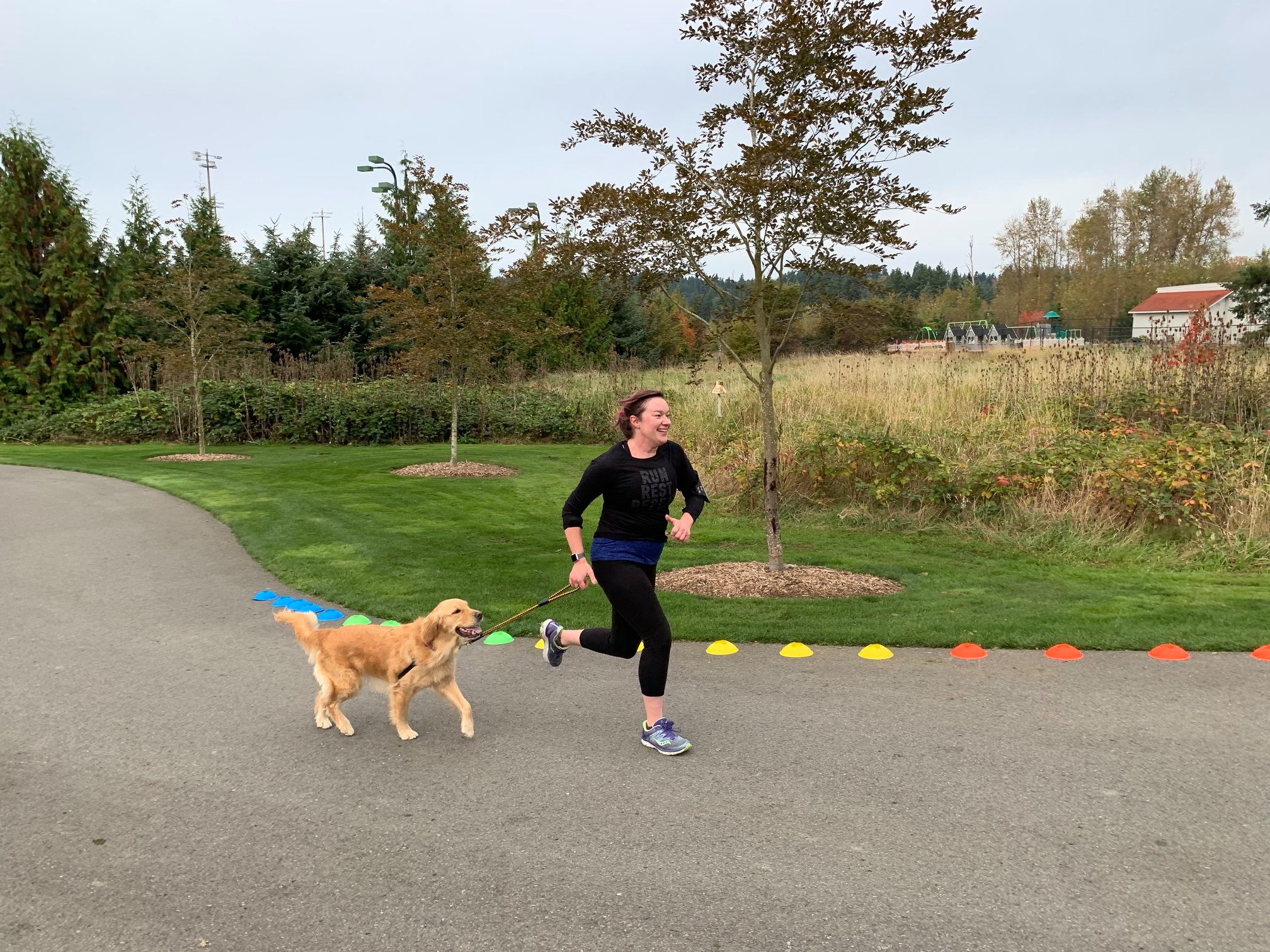 And last but certainly not least, we had the opportunity to give out our second "parkrunner of the month" award.

This week we gave the "September parkrunner of the Month" award to Lei Parades who has been one of our regular runners and volunteers, even from the days we were doing trial runs early in the year. We first met Lei at the "Beat the Bunny" 5k in Redmond, where she was one of the (very) few people who braved the wind and the rain to come and talk to us at our little parkrun promotion table, and she has stuck with us ever since (and has even introduced her amazing sons, Micah and Noah, and husband Miguel, to the joys of parkrun!). All we need to do now is convince her to join us for coffee, and she will be the perfect parkrunner! 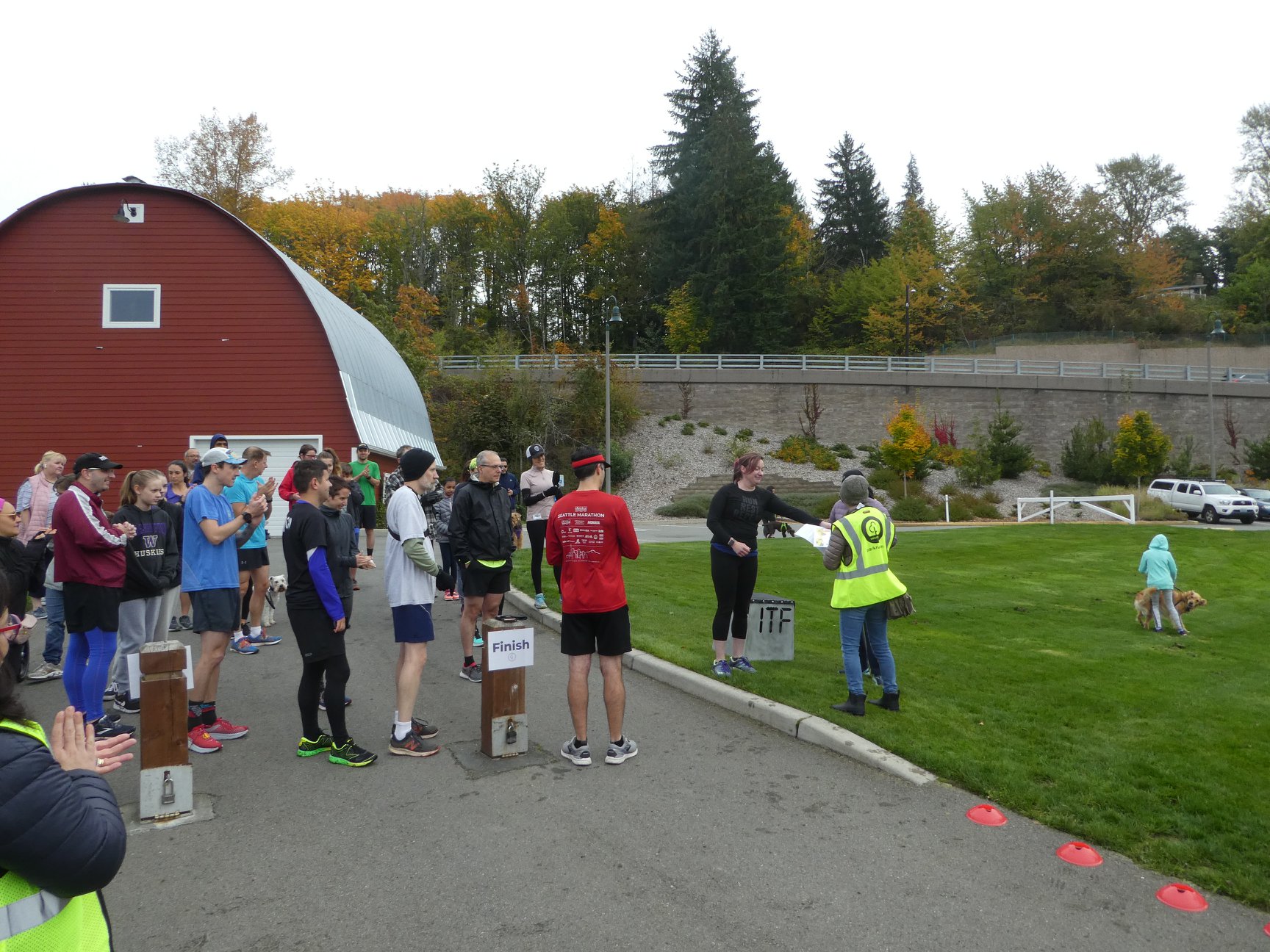 Volunteers are the heart of parkrun, so giving out this award is always one of our favorite occasions. Congrats Lei, you really deserve this!!

And as always, if you think you might be able to volunteer at an upcoming parkrun, please let us know at perrigo@parkrun.com.

See you on Saturday, our wonderful parkrun family. Don't let a little rain put you off - we'll still be there, and we hope you will be too!