OK, I’ll admit it – I’m a bit of a parkrun tourism addict. And in case you’re unfamiliar with what ‘parkrun tourism’ is, let me give you a quick explanation. Perrigo parkrun is in fact one of 1,589 free weekly timed events that took place globally this morning, with more than quarter of a million participants running, jogging or walking 5k in 21 different countries all over the world. After today, I have now run at 154 of them, so it’s probably fair to call me an addict. You might well already know about the nearby Renton and Des Moines Creek parkruns, but there are also 8 across the border in British Columbia (including 3 in the Greater Vancouver area and 2 on Vancouver Island). And you can go and take part in any one of them in exactly the same way as you do here – just don’t forget your barcode!. 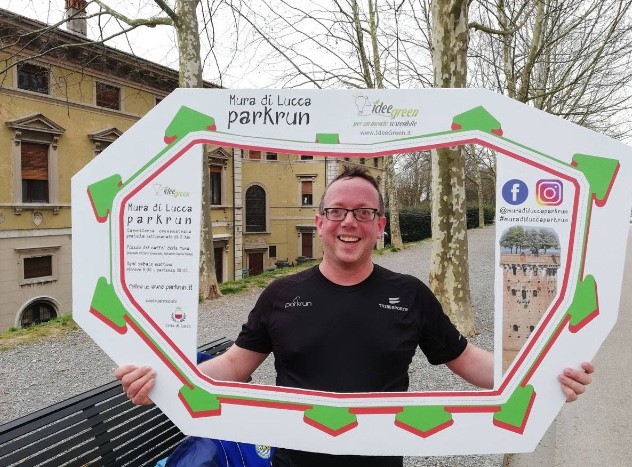 From the name, you would also be forgiven for thinking that parkruns all happen on land used for recreation, but this is often not the case. Over time, ‘parkrun’ has become an umbrella term for a series of volunteer-led 5k events taking place on Saturday morning. parkruns are often along the coast (such as Crissy Field parkrun in San Francisco) or entirely on sand (such as Inch Beach parkrun and Portrush parkrun on the island of Ireland). There are parkruns with routes around an island (such as Hamilton Island parkrun in the Whitsunday Islands in Australia and Elagin Ostrov parkrun in St Petersburg in Russia), or atop the walls of a city (such as Mura di Lucca parkrun in Italy). And in November 2017, Black Combe parkrun became the first ever weekly 5k event within the grounds of a prison. 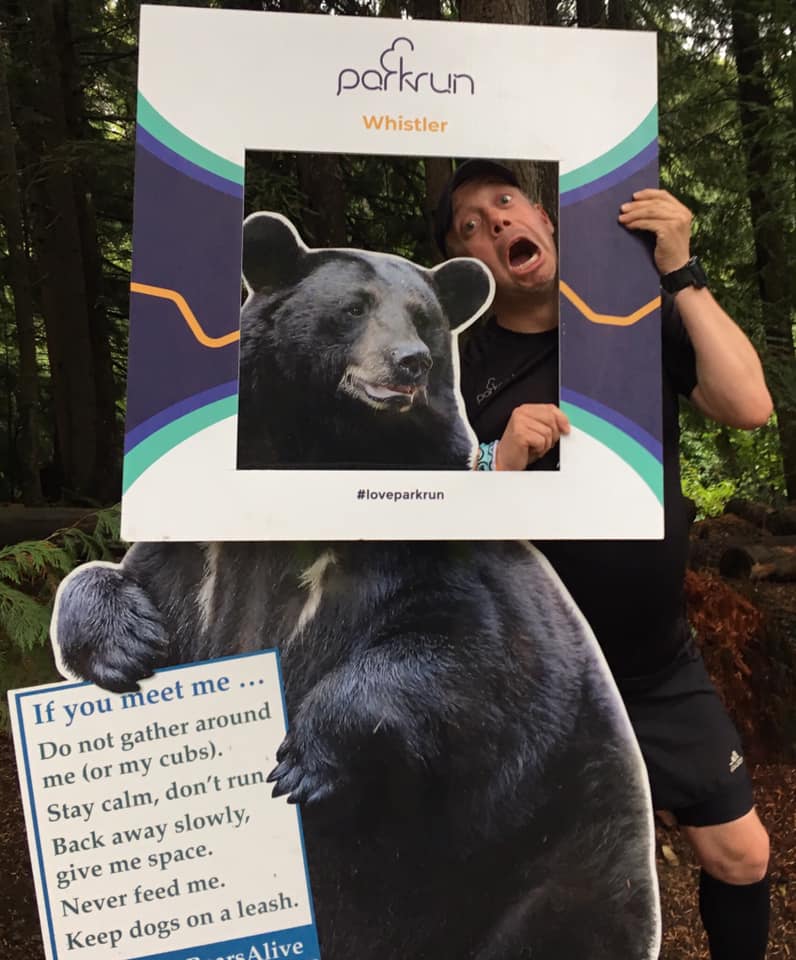 Anyway, enough of international parkrun matters and on to domestic stats. Today at Perrigo parkrun, 43 people ran, jogged and walked the course, of whom 13 were first timers visiting from the UK and Ireland, and 9 were running their first ever parkrun. Welcome to you all, and we hope you come back soon! 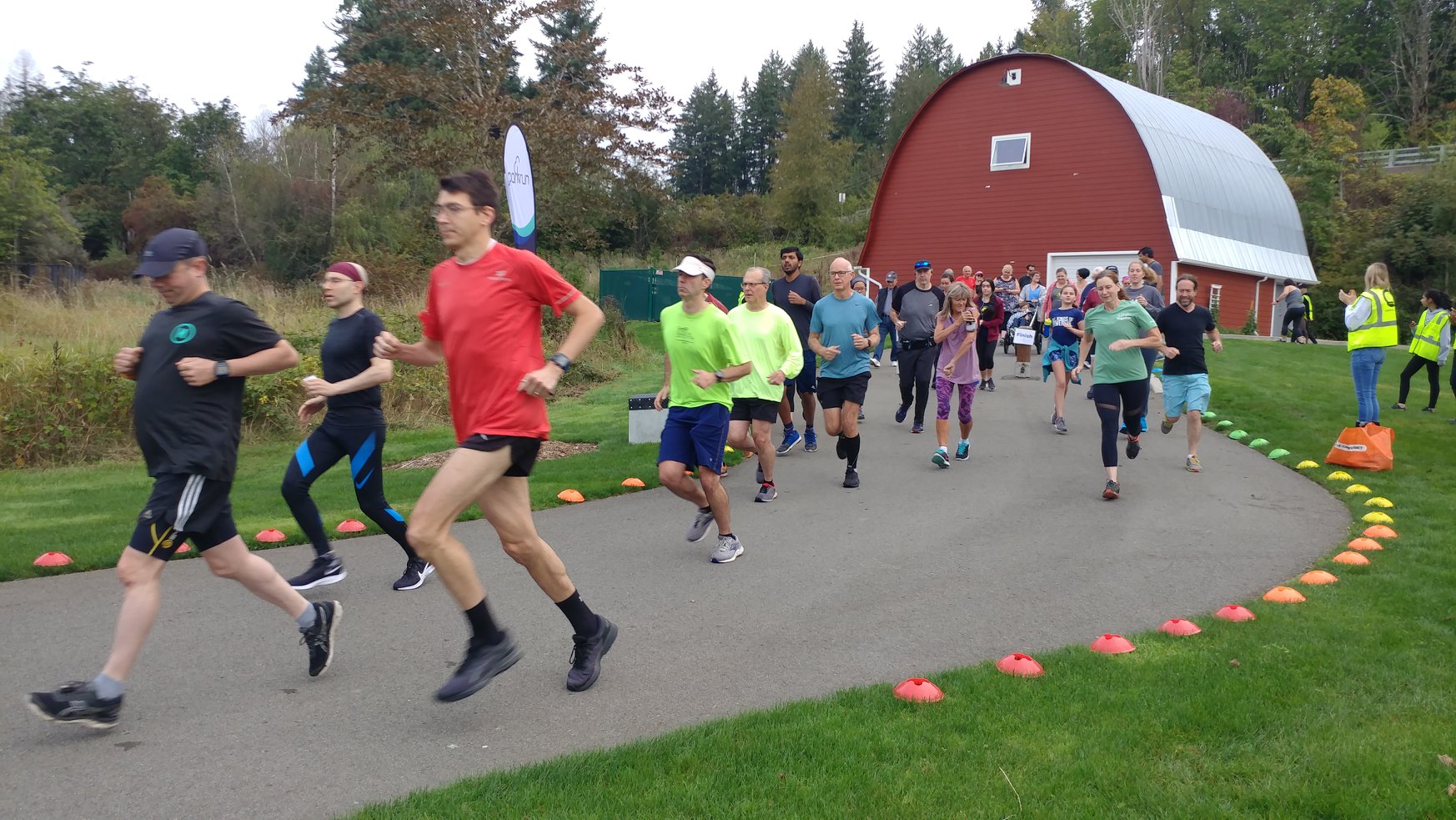 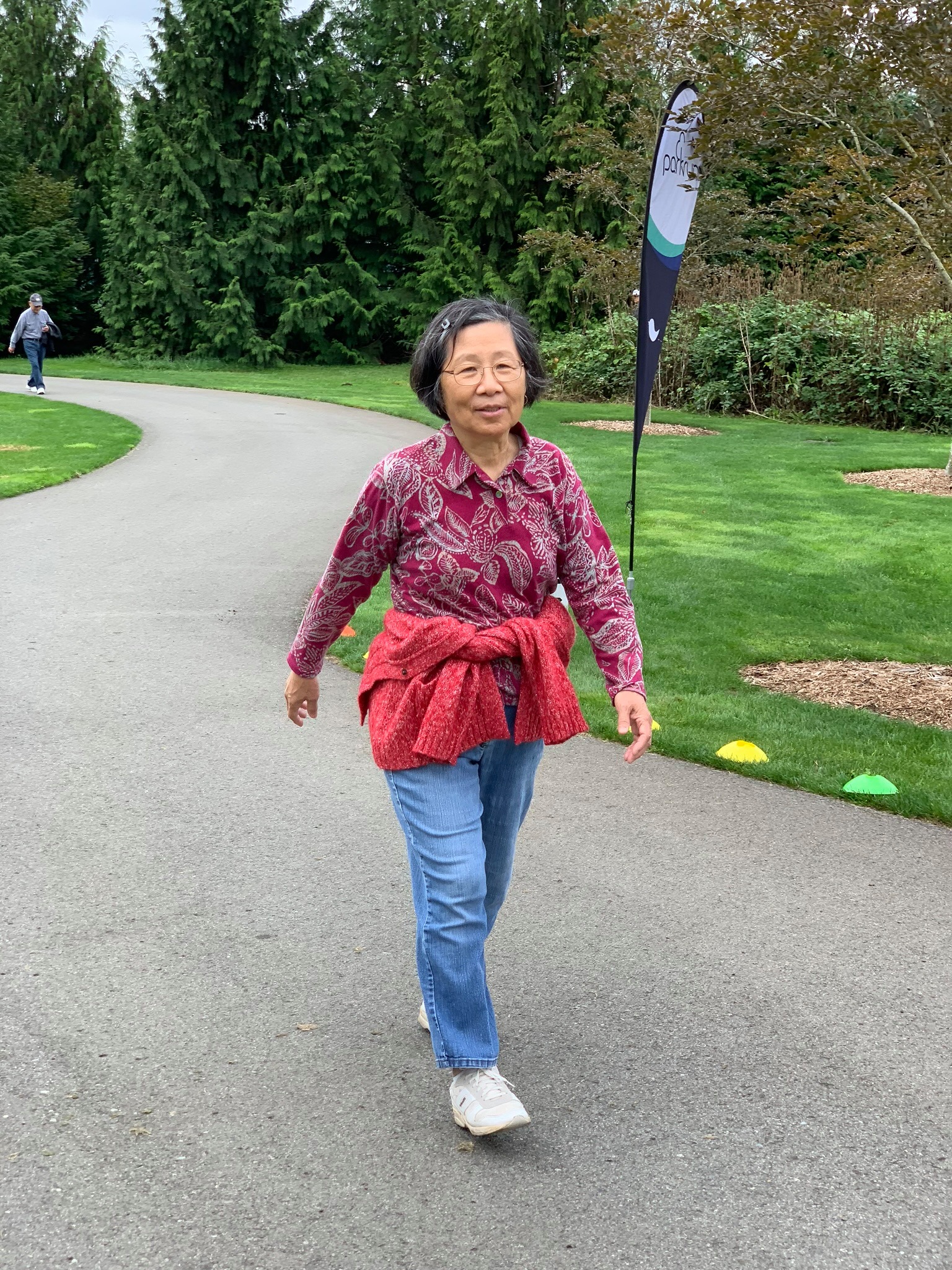 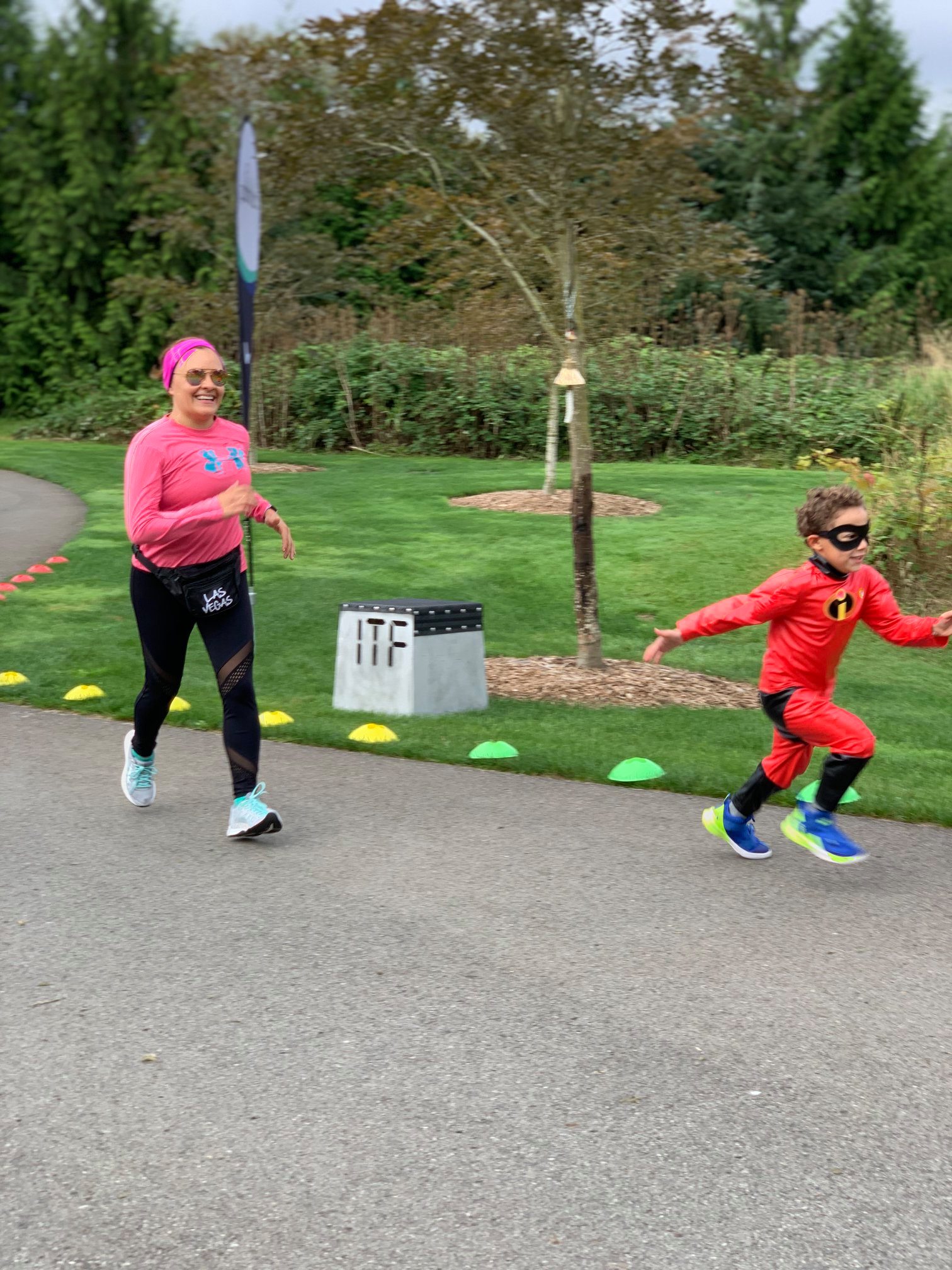 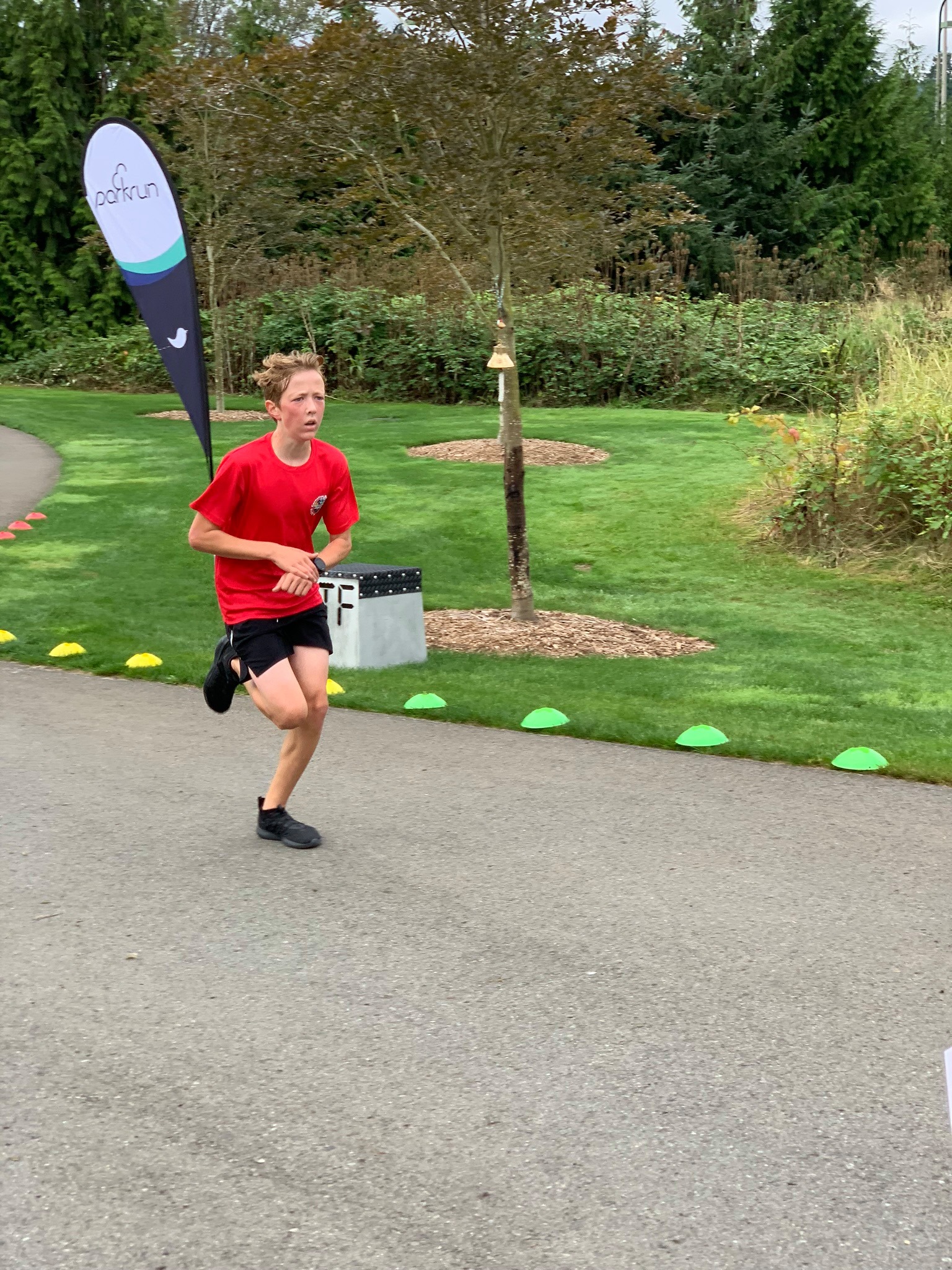 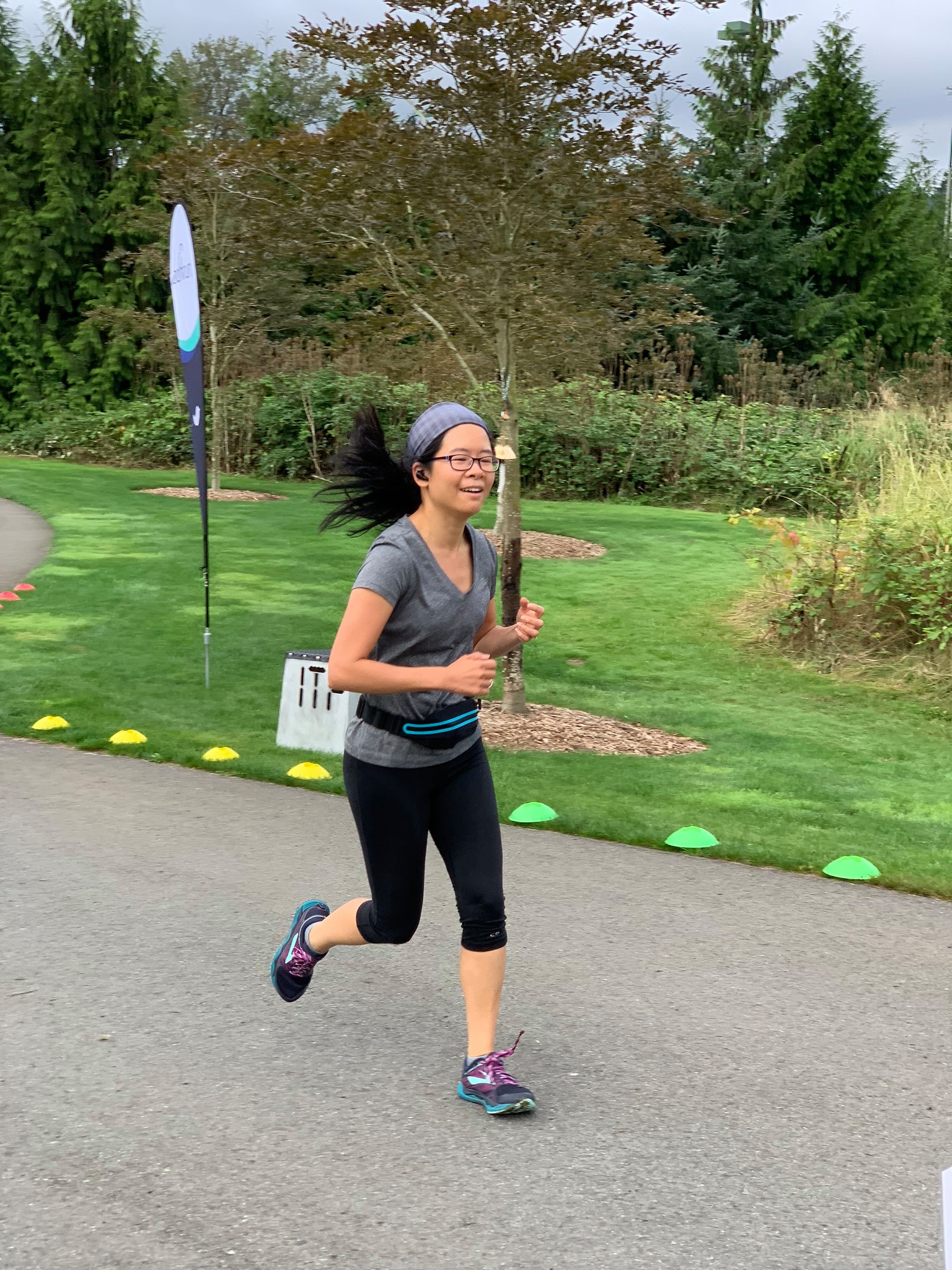 Aside from those mentioned above, 11 other people recorded new Personal Bests today, so major kudos goes to:

• David Cline, who bettered his time last week by an astonishing 15 minutes and 14 seconds to finish in 27:22;
• Carlos Figuera, who knocked 57 seconds off his time last month to get 22:31;
• Sarah Mace, who beat her time last week by 3 minutes and 4 seconds with 35:23;
• Kim McKeone, who slashed 35 seconds off her time a fortnight ago to get 58:45;
• Frederick McKinley, who shaved 15 seconds off his effort in early August with 35:30;
• Jeff Mitchell, who took 19 seconds off last week’s result to cross the line in 23:09;
• Ravi Rao, who improved the time he set at event 6 by 2 minutes and 45 seconds to finish in 35:31;
• Kevin Sorensen, who continued his hot streak by notching up his fifth successive PB, this time going 14 seconds better than last week with 21:09;
• International parkrun tourist Adam Tamburini, who ran with us for the second time today and beat last week’s effort here by 1 minute 6 seconds with 22:20;
• Doug Wolfe, who beat his time last week by 3 minutes and 3 seconds with 35:24; and
• This week’s biggest improver, junior parkrunner Erik Leon, who returned to us for the first time since July and chopped an incredible 15 minutes and 37 seconds off his time then to complete our 5k in 30:54. Amazing work, Erik! 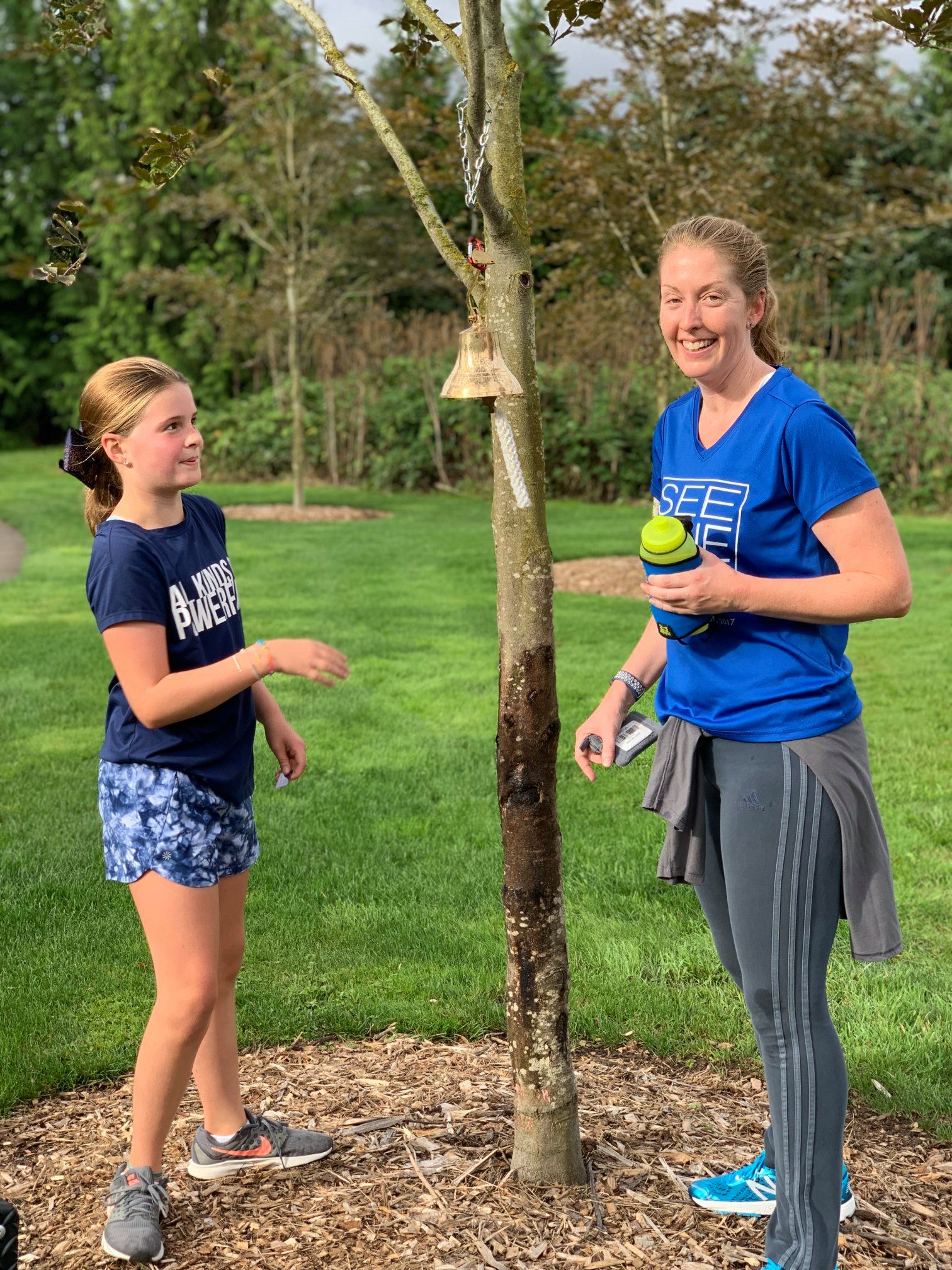 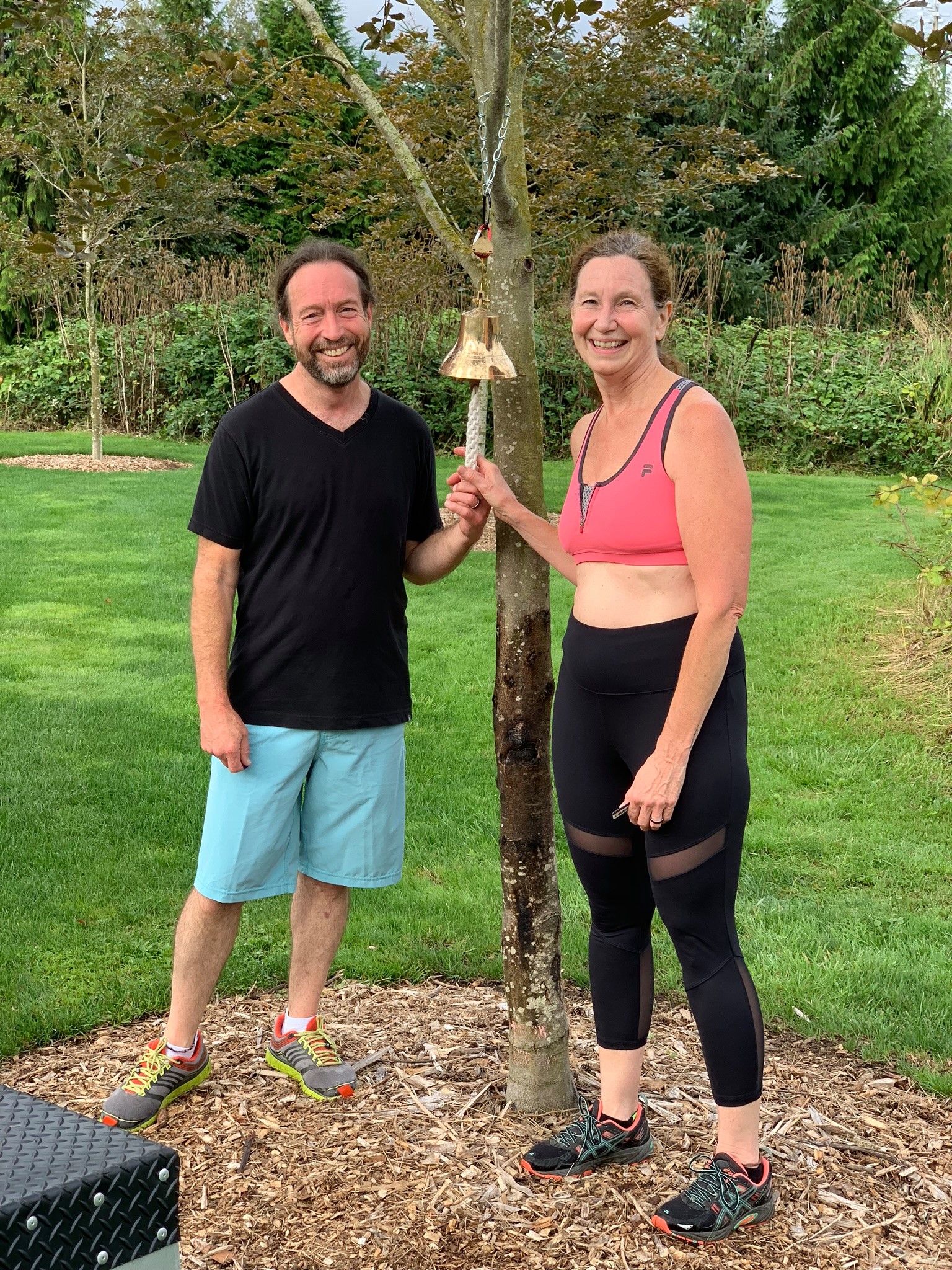 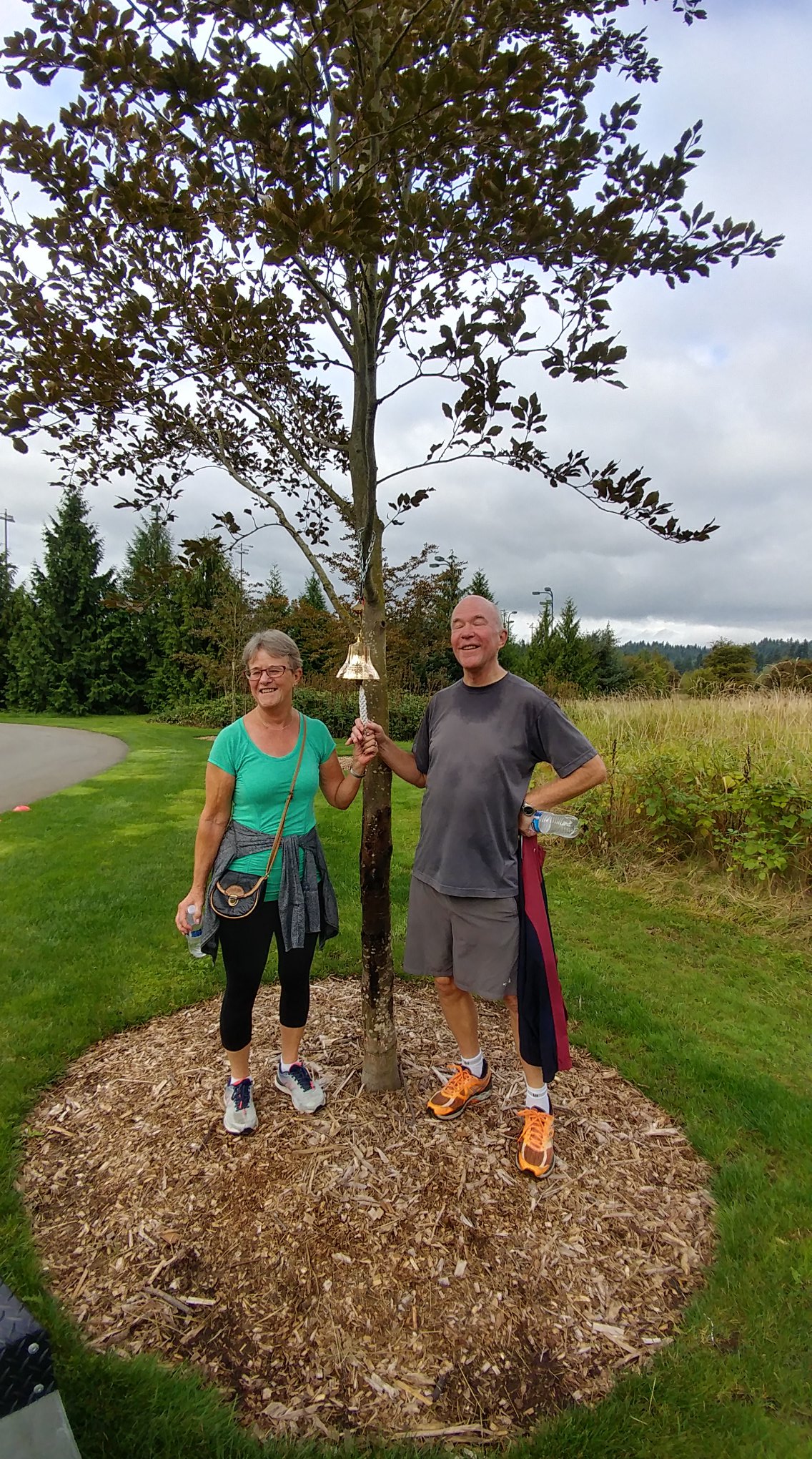 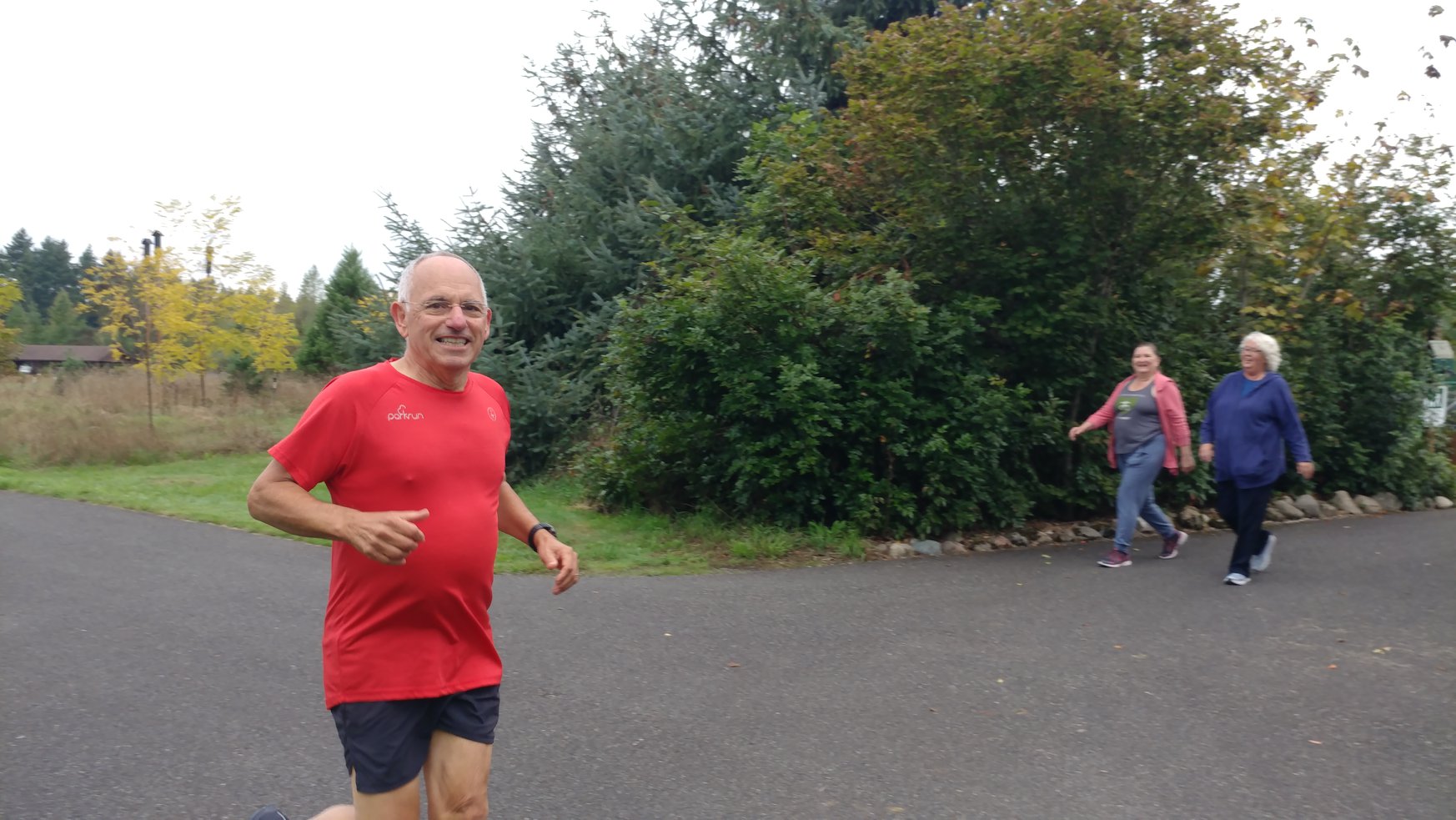 Three cheers for the volunteers!

If you’re still here (and I wouldn’t blame you if you weren’t) I’d like to sign off by thanking our 11 brilliant volunteers, without whom Saturday mornings would look very different. Today’s heroes in hi-vis were Run Director Kerstin Pepper and her team – Kathy Amadio, Eden Baucher, Mary Blake, Isabelle Bodkhe, Kelly Lyon-King, Louise McKinlay, Miguel Paredes, Mark Shotton and Pranav Teegavarapu. 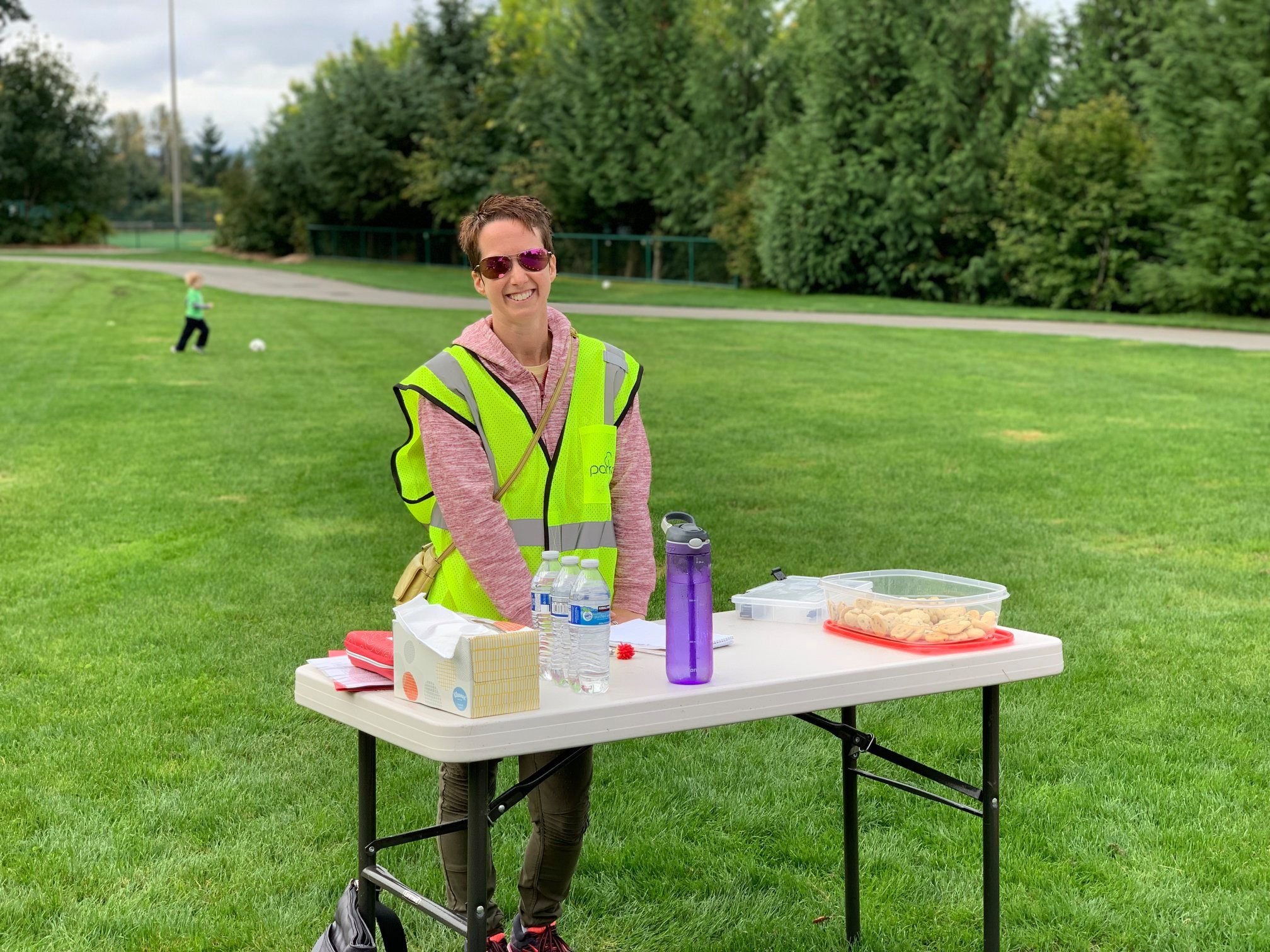 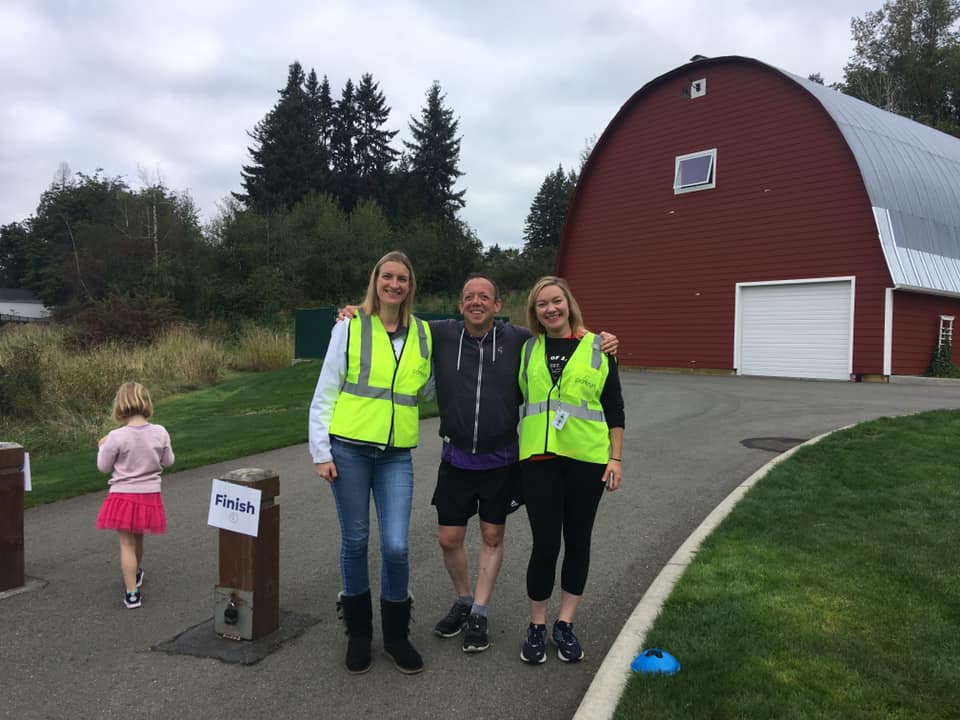 If you are interested in volunteering at Perrigo parkrun in the future, then please update your parkrun account options to receive the weekly volunteer appeal e-mails. You can do this by following the “Manage My Profile” link you will find in any of your run result e-mails. Once in “My Links”, you should then click on “Email options” to opt in for receiving volunteer appeal e-mails. You can also take a look at https://www.parkrun.us/perrigo/futureroster/ and e-mail perrigohelpers@parkrun.com stating which role you’d like to try out. All the roles are simple and fun to do, and Event Directors Kerstin and Mary will provide you with all the training you need. You too could be a hero in hi-vis!