In this month’s newsletter, a control freak gives a new writer/her husband a chance to show his stuff, summertime is record-smashing time, and the fight for good and evil is played out in a pretty park in St. Petersburg. 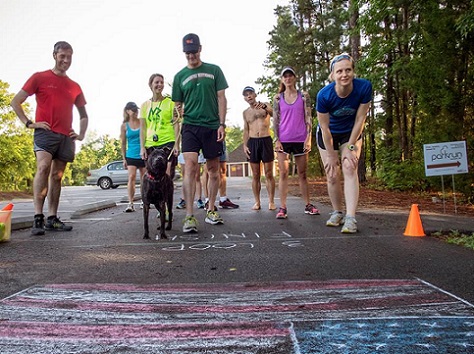 Being a relatively new transplant to this country, I never really though too much about Labor Day. After some rudimentary internet sleuthing, I found that Labor Day is a “yearly national tribute to the contributions workers have made to the strength, prosperity, and well-being of our country”.

The words “contributions workers have made to the strength, prosperity, and well-being of our country” really resonated with me and, being one for silent introspection, got me thinking about the contributions parkrun has made to my personal strength, prosperity, and well-being. This may sound like a tenuous link, but there are many things that parkrun has contributed to my life that deserve a tribute.

Being an alien to this great country brought great challenges. parkrun in the UK was not just a part of my Saturday or even my week; it was part of my life. Having this anchor in the USA, my new home, really helped me adjust.

The obvious differences in weather aside, running 5k in Durham, NC is not so different to running 5K in Hove, England. We cheer on finishers in the same (with slightly different vocabulary and accents) and the post-run stories are almost exactly the same (more talk of the final hill in Durham, though). So parkrun grounded me and gave a sense of well-being that I needed at that time in my life to make the move more manageable.

What about the other two items in the quote? Well, financially speaking, I won’t make my millions (and quite rightly so) by volunteering, but prosperity from friendships abounds here. Runners are a quirky breed, and I have met some superb specimens from parkrun: true friends that have allowed me to prosper in this strange land called North Carolina.

The final point to unpack is strength. For the first time in my life I broke 21 minutes at parkrun. This was no mean feat for me. I really thought that this was beyond me, and if it were not for the support and encouragement of my fellow parkrunners, I doubt I would have done it. parkrun provided me with one of the happiest and proudest moments in my running career, and it gave me the strength to pursue and achieve my PR.

One of my favorite parts of parkrun is after the event, hearing and seeing all of the happy stories and faces. parkrun has offered me a lot, though it is unlikely that it will have its own official holiday. Until then, we will have to settle for celebrating it 52 times a year. 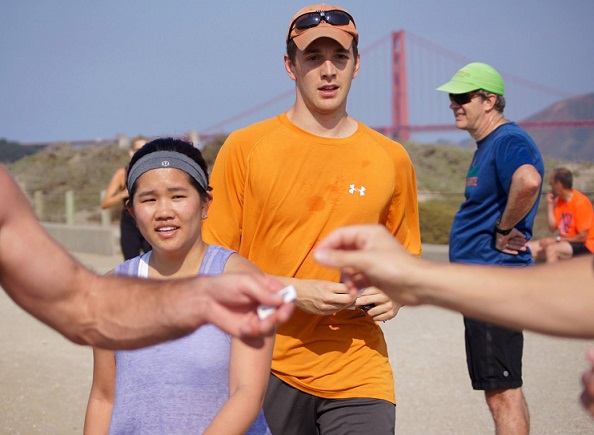 Would you like to share your parkrun story? If so, get in touch with Julie from parkrun USA

A summary of the statistics from last month’s parkrun USA events:

parkrun USA, we’ve done it again – and we’ve done it even better than last month! July’s numbers showed a record-setting month for our events for numbers of runners, first timers, and PRs. In August, we again set records for these categories, and we’ve seen our volunteer numbers reach their highest level, too. 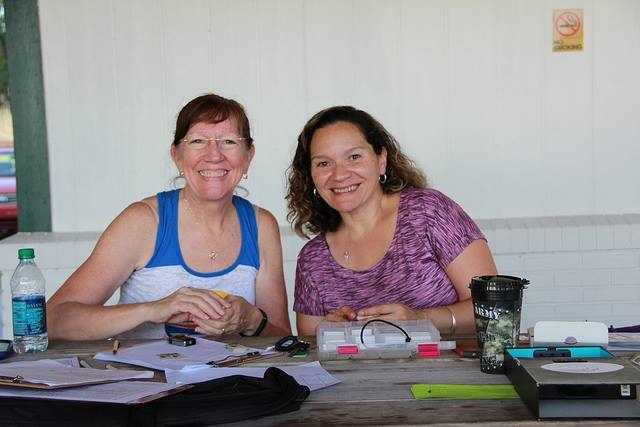 Volunteers at Clermont parkrun, helping the parkrun world to keep turning, one barcode at a time

Here, we feature one of the more than 600 parkruns around the world. This month, we head east or west and just keep going till we hit Sosnovka Park in St. Petersburg, Russia.

St. Petersburg is a major European cultural center and an important port on the Baltic Sea. Due to the intricate web of canals, St. Petersburg is often called the Venice of the North. Situated in this Russian metropolis (St. Petersburg is the second largest city after Moscow with 5 million inhabitants) you will find many parks with the largest of them being Sosnovka Park.

One note of caution: be careful if you are planning to visit and run in August, when hundreds of people dress as zombies and roam around the park for the annual Zombie Walk. They invade the park, looking for ‘survivors’ (and tasty parkrunners). Being chased by the running dead could be a good way to achieve a PR, or perhaps just hang out near the Jangseung Spirits. Schastlivy vypolneniya (happy running)! 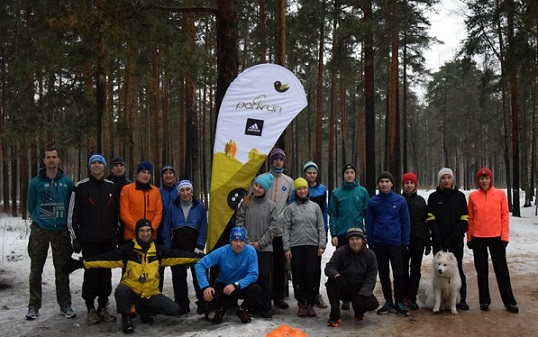 100th event was on 8/22/2015 – Clermont parkrun set a new record with 169 despite muggy conditions. Locals and a large number of visitors (bringing tally to over 1100 since they first started) helped them set their new record. Congratulations, Clermont! 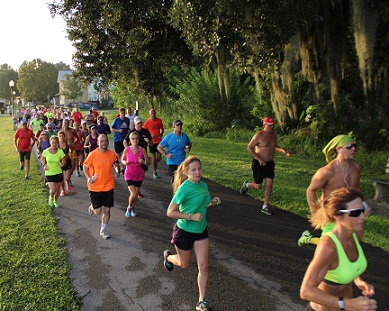 As I watch runners, I think that some of those that finish later are exerting more effort than those "fast" runners seem to be. All are congratulated on their effort, not their time! – Tom Griffin on Durham, NC parkrun’s Facebook page 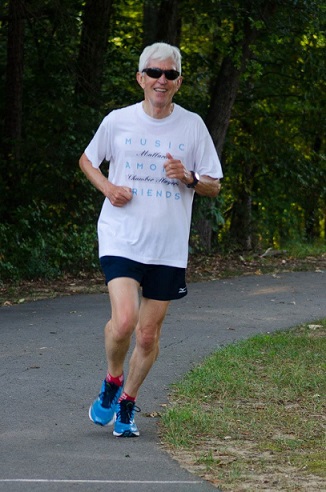 Favourite volunteer role:  Operating all that fancy high-tech scanning equipment and shouting encouragement to the runners

What do you do at parkruns:  Jog a mile and half over to arrive just before the start, and then run as fast as I can! Or else run along chatting to catch up on the news from other CGTC members.

How has parkrun changed your running:  Having all the data stored makes me pay attention to how my running is going by the month and by the year. Although keeping up the Saturday morning schedule is sometimes difficult if I’m in long-run marathon training mode, getting speed work on a regular basis definitely helps me.

What do you like about parkrun:  I love the mix of people and the way everyone encourages everyone else out on the trail. Fast, slow, young, old, just starting or veterans – everyone is welcome and welcoming; great way to start the weekend!

Most memorable or funniest parkrun moment:  Since we are running through a flood plain, there are plenty of birds hidden in the trees. Mostly we see them in winter or spring, before the leaves come out. One time we ran by noisy flight lessons for fledgling pileated woodpeckers who were being instructed on how to make it from one tree to the next. Another time deep in winter we ran by a totally unperturbed blue heron standing in the ice waiting for something tasty to show up (not us!). It was a reminder that 100 yards from a Walmart you can get away from it all just fine if you know where to go.