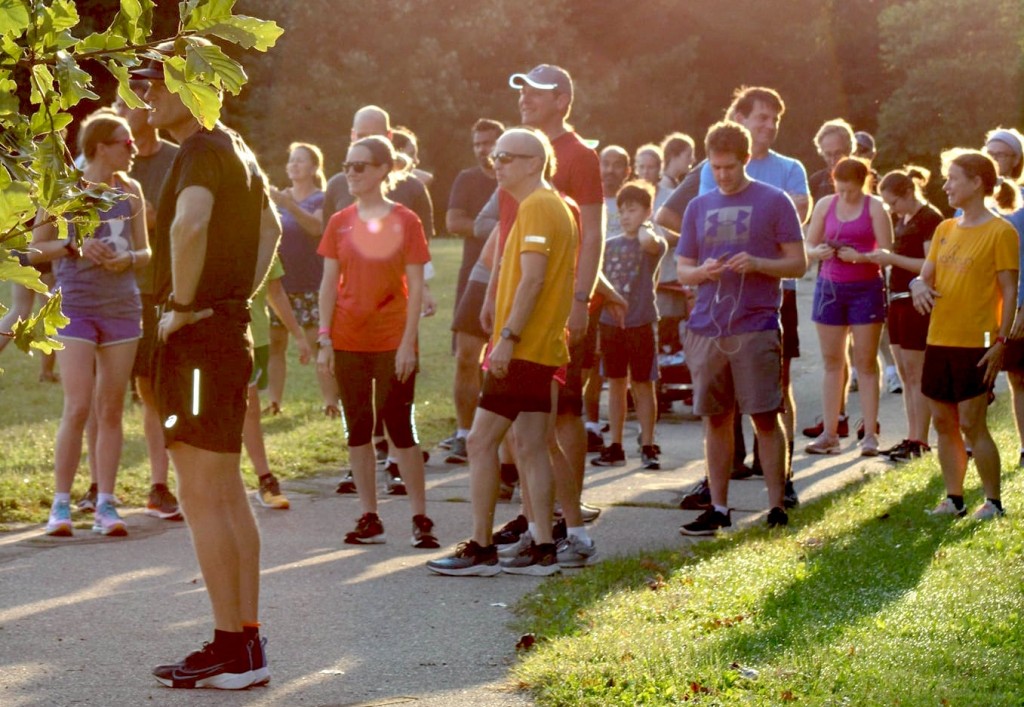 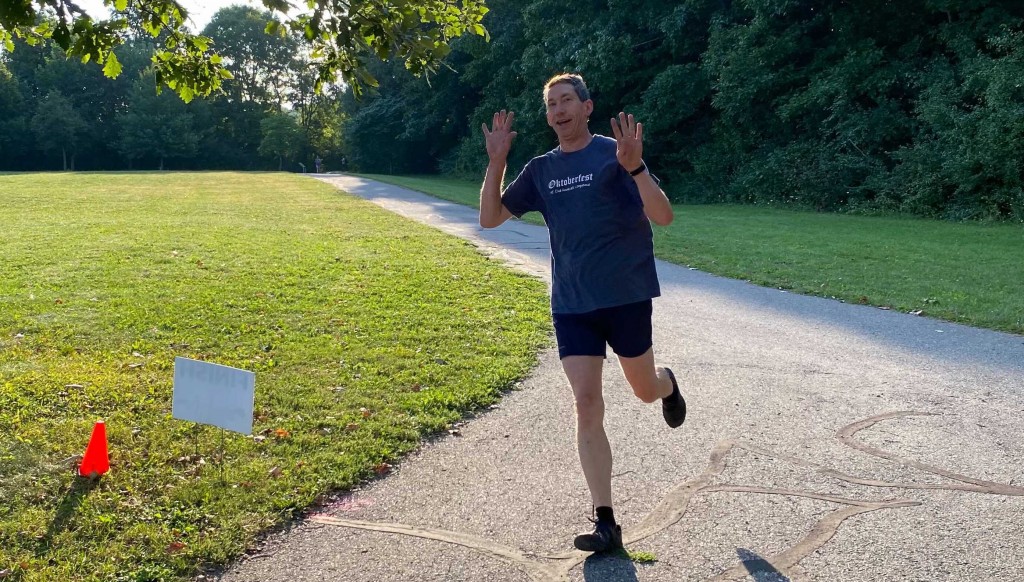 At our ninetieth run on 11 September 2021, we had 53 finishers and 16 volunteers. That total included 7 first timers: welcome to Kathleen C, Cameron G, Noah C, John G, Kristina H, and Walker L. who were joined by tourist Sarah E from Kensington (MD) parkrun. Sarah finished in the numerically interesting time of 23:34, which set a new record for her age group (VW40-44). Based on her hat, she was rooting for the correct team at Michigan Stadium later in the day. 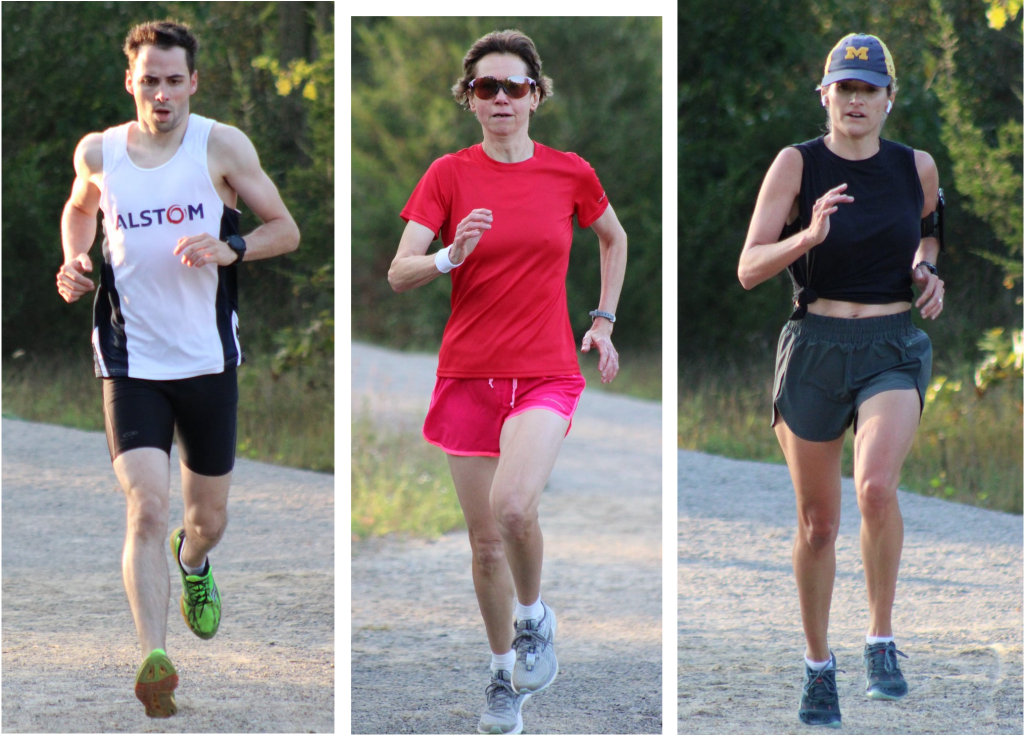 Jeremie, Laurel, and Sarah on their way to age group records

18 of our parkrunners set PBs (personal bests) on the day. Leading the PB way was Jeremie O, who finished 18:02 on his way to first finisher. He also set a new record for his age group (SM30-34). Laurel P was again first female finisher, and her 21:43 PB means she once again set an age group record (VW55-59) and redefined our course overall age grade record. Congratulations to you both! 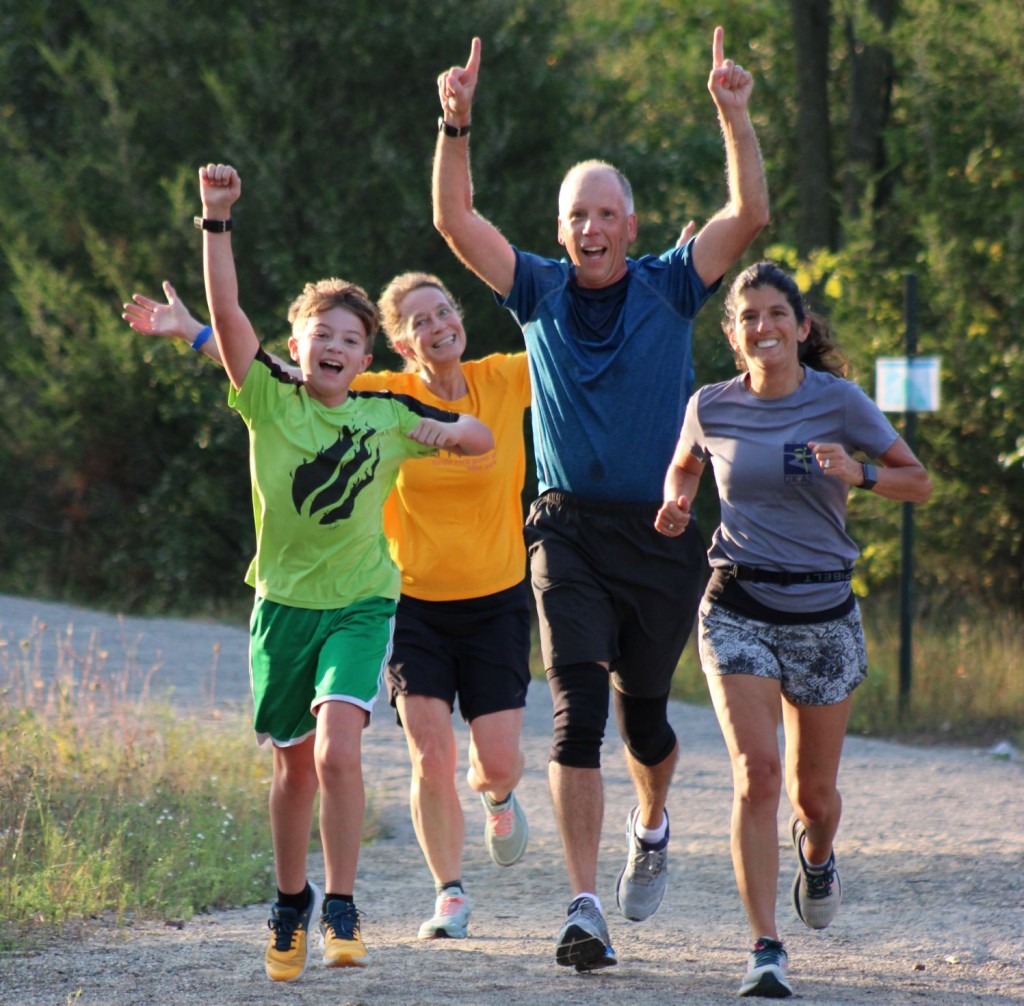 One more notable event: Torsten spotted another critter, a garter snake this time. Somewhere between branch and ground and branch again, it turned on him and said (in it’s snake-y way) “go away, you have a parkrun to finish!”

We’ve had a total of 5045 finishers in our 90 runs. Cumulatively, we’ve run 25225 km, or 63% of the circumference of the Earth.  With 916 unique participants, that’s an average of 5.5 runs per person. Just 84 more first-timers until we reach 1000. But enough numbers for now: join us again next week for more Lillie parkrun fun, and join us after your run at Biggby for coffee and chat.