This weekend was a first for JP parkrun on a several fronts. For the first time all the parkrun grownups (Dan, Chrissie, and Wali) were away, supporting Katie, another parkrun regular, in Atlanta who was doing the US Olympic Marathon qualifiers, way to go Katie!!!  So back in Boston the juniors and fledgling organizers (Me, Junior Meenan, and James) were left to run things. We were not feeling any pressure or stress whatsoever to keep JP's immaculate 100% customer satisfaction record (zero refunds to date) oh no no no.

With that said we had a very welcome unannounced guest appearance from the JP parkrun Queen Laura (and Lachlan, heir to the JP parkrun throne, at least I think that's how it works?), who no doubt were checking in to ensure that standards were being maintained

A big thank you to our full ensemble of volunteers on Saturday, including 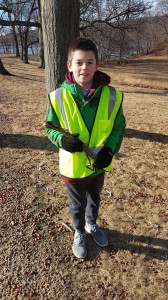 Also thanks, Clara for being impromptu photo taker, and helping cover for this hapless run director's lack of photographer arranging..
And onto the run itself... Despite me thinking, 10 minutes before kickoff,  that word of Dan's absence must have got out as there was hardly anyone there, come 9am we had a great 115 runners ready for the off ! The weather was typical for JP this year, beautiful blue skies and not too chilly, which made for great running. Despite some last minute timing panicking (no idea how to reset the park run stopwatches, whoever designed those things must have been emotional scarred by a real bad timing result loss experience), we set everyone off using the magic of parkrun mobile phone app.
And what a run, we had 16 people who got PBs (and its not even Spring yet!) I think Cristina might have also have got a JP tail walker PB (ssssshhhh though cause that's not really a thing).
Also, and our 3rd first for the weekend, for all those that participated it was a leap day parkrun PB, so well done everyone! And its also safe to say that that PB won't be broken anytime soon in the next 28 years as that's the next time a parkrun will happen on a leap day (barring massive earth axis realignment relative to the sun due to asteroid collision or something equally catastrophic, like England winning the rugby world cup).And finally all our tokens were returned thank you Wes, Lisa and all our runners for being super awesome!
Next week is International Women's Day so encourage all your female and female-supporting friends, family, partners, etc. to come along. To top it all Chrissie will be run director, so we can all look forward to a super-smooth,  fun-packed parkrunning Saturday morning !
Tweet
Previous ⇒
⇐ Next