Boston Jamaica pond Park run has now had 104 consecutive park runs thanks to the all the volunteers. As you know a cancellation would go down like a Led Zeppelin. Yes, we do run in the wind, the rain, the ice and snow as those who ran at this time last year can attest! Good times bad times(?) 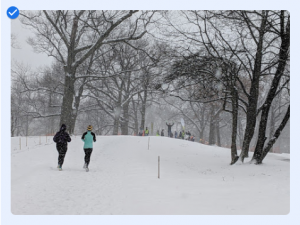 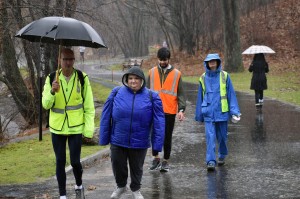 This week 113 people ran, jogged and walked the course, of whom 26 were first timers and 15 recorded new Personal Bests. Representatives of 12 different clubs took part. No cancellations! 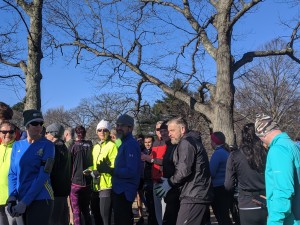 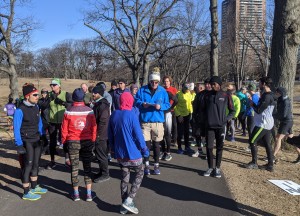 Speaking of Led Zeppelin - George BUTCHER was rock and roll[ing] and managed to come in first [bron y aur] stomp[ing] his previous personal record with 17:53 minutes, while others rambled on in over the next 40 or so minutes.

Notable events include Lance DOHERTY who not only made 100 park runs this week but really is going to California next week. Congratulations Lance!

We are thankful to the Weather Gods for some very nice winter weather for great running conditions because we didn't sing the rain song, so we could't be fools in the rain.  The pond level was low so presumably a levee may have broken elsewhere but that did not prevent Boston Jamaica Pond park run continuing to operate. Whaaaat? No cancellations?

All brought to you thanks to the Boston Strong volunteers showing us a whole lotta love, every week without fail.  Here are this weeks crew. 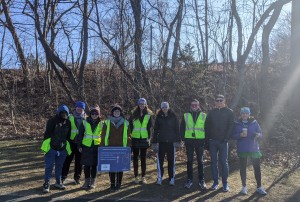 Next week we have the Meehans stepping up for Run Director responsibilities while absent Dan FORWARD • Chrissie CONNORS who are climbing the [parkrun] stairway to [running] heaven in Atlanta.

For those of you who found this went over your head somewhat - time for a degree in classic rock (or Google Led Zep) .  Lastly, no cancellations [no quarter].