After Friday brought some of the worst winter rain storms ever seen in Maryland, it was little surprise that parts of the back half of our course were flooded. So we were back on the Alternate B course for the second time in three weeks. This has not happened before. With the benefit of recent experience, this part was easy. 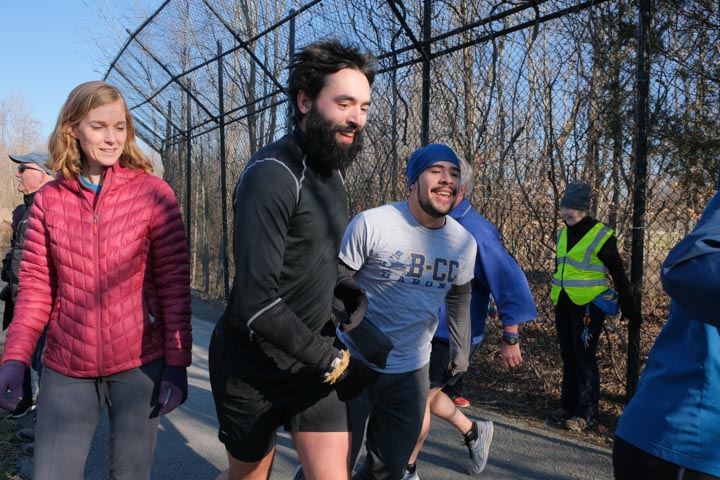 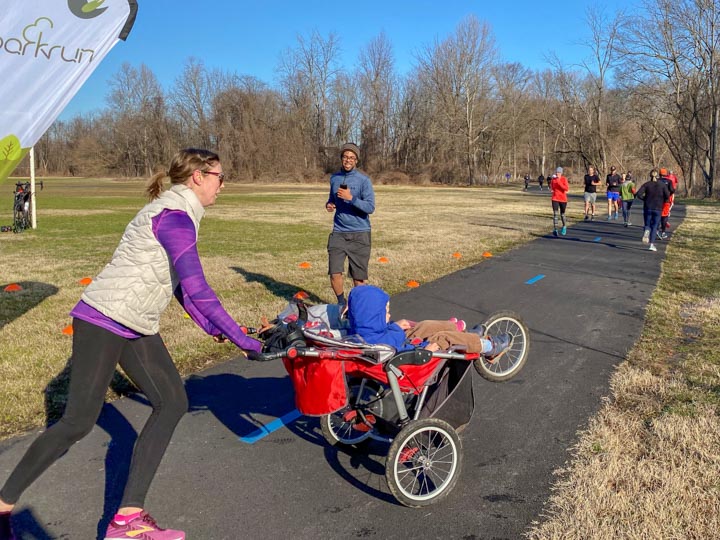 A different challenge arose when it transpired, after the fact, that the finish tokens were out of sequence. And the central parkrun server that we use to manage results was having a bad hair day, too. Fortunately Run Director Anna Tinnemore and Trace Huard were the cool-as-two-cucumbers volunteers who took on the task of sorting everything out. So it somehow all worked out. Magically. 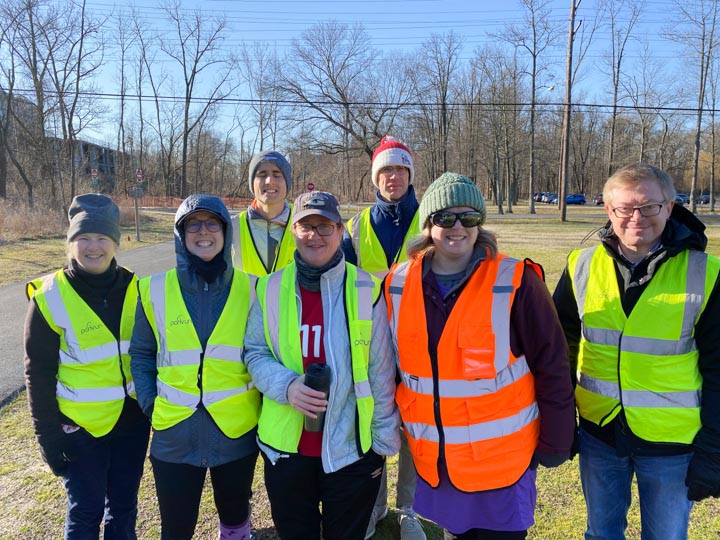 Normally when we are forced to use our alternate course it’s also raining. But this week we saw the first parkrun sun in a few weeks. So more people got to enjoy the twists and turns than usual, With 123 finishers and a course that involves SIX visits to Hump, that comes out to 738 visits to Hump, almost certainly a new record. Hump kept on smiling, of course. 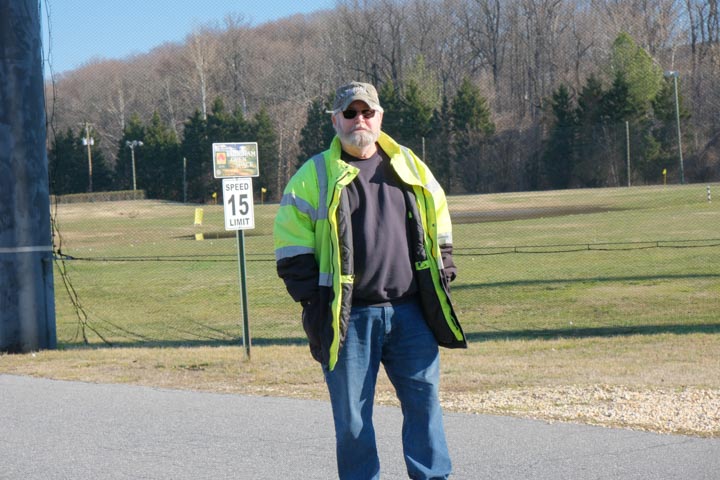 The extra twists and turns made for more opportunities for barkrunners to say hi to their fans. 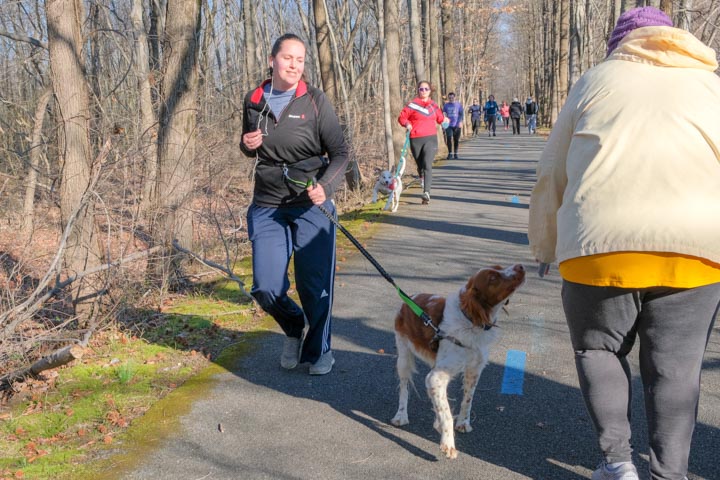 And there were some barkrunners who were convinced that their humans had misjudged. Don’t they know that CP parkrun is a one lap parkrun? 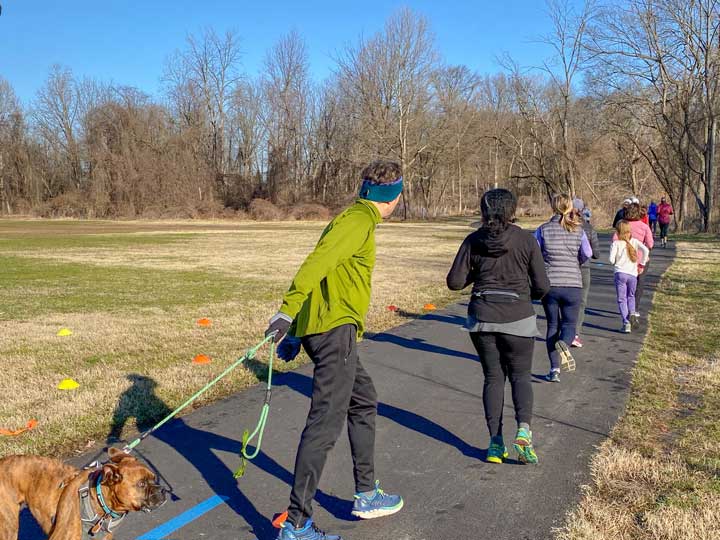 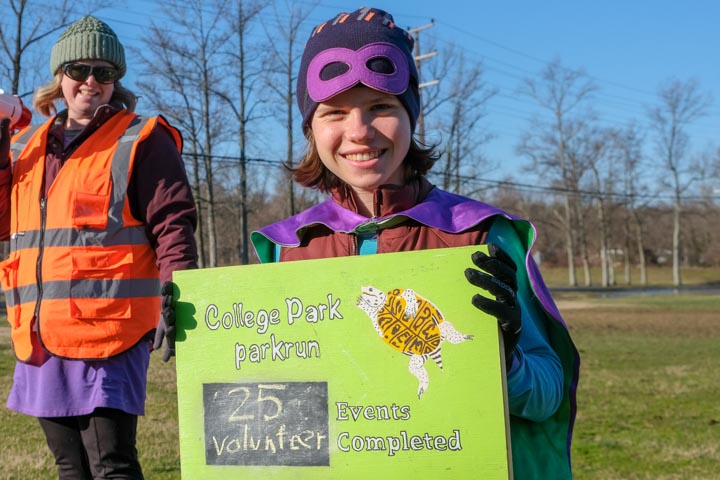 No official parkrun milestones this week, but Janel Niska became our latest 25-timer, and both Cirilio Perez and Teresa Crawford joined our exclusive 5-timer club. 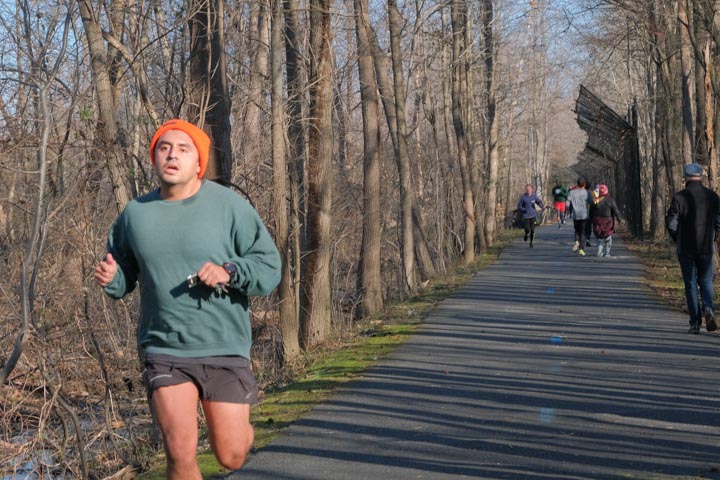 It was a different kind of milestone for Rebecca White this week. One year after getting up the courage to join us for the first time, she completed her 19th CP parkrun. One year ago she was able to make it to the mile marker and then back to Hump’s Crossing, but no further. Nowadays completing the 5K is no biggie, and this week she set a new PB, of 1:10:something. That’s progress. 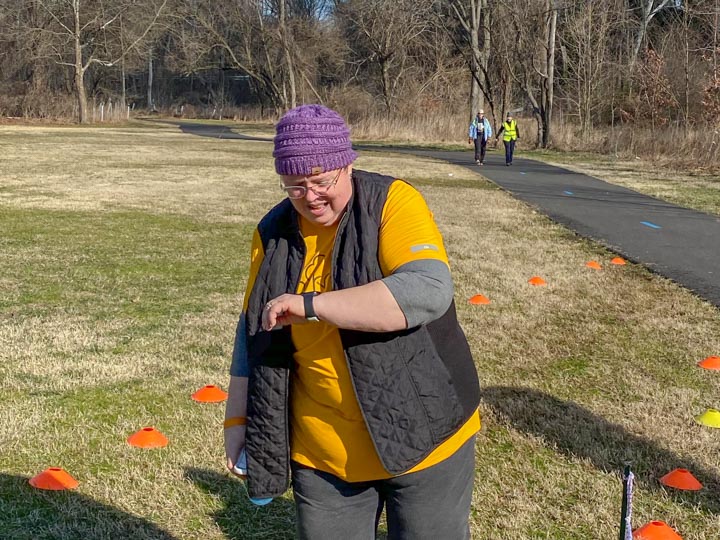 More PBs this week came from Kathy Gustafson, who is now around three-quarters of the way to earning a 50 shirt. Elizabeth Cooper seems to be getting faster almost every week. JA Hinds is also chipping away at her time on a regular basis. 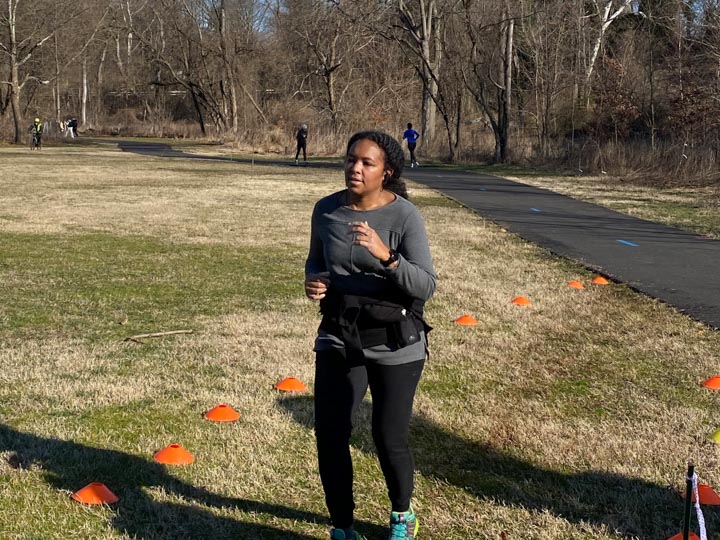 A special shout out to 10-year old Mariella McElhenny, who helped to pace a number of people to a PB this week, including her mom Kate. 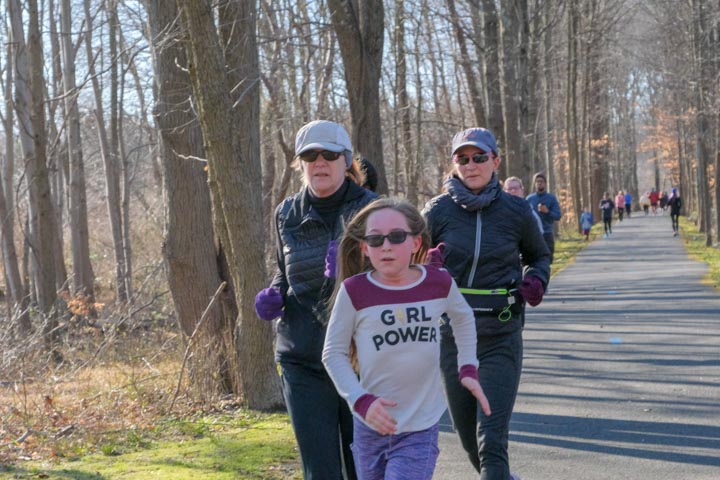 It’s always a highlight to meet first-timers at CP parkrun.

Joan and Tom Heffernan joined us from Connecticut, together with their daughter Cathryn from Seattle. They sprung a surprise on co-Event Director and friend Andrea, who had no idea that they would be coming along this week. A very pleasant walk was had by all. 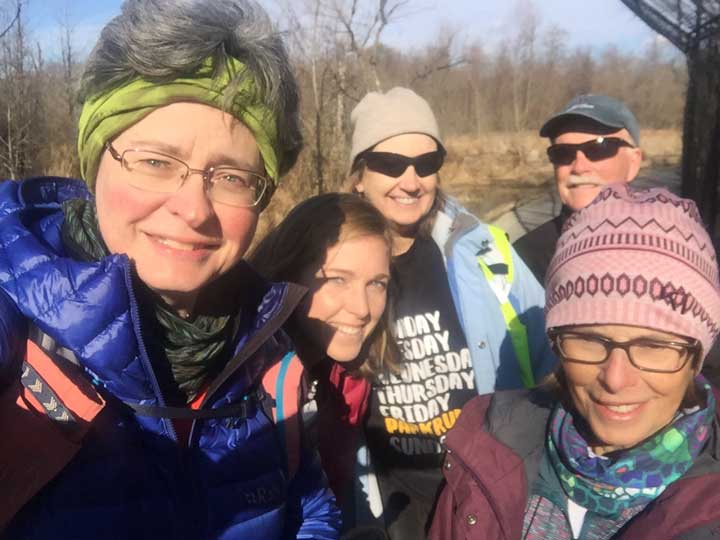 We welcomed Marlies Gillis from Belgium. Marlies is spending a few months working at UMD, and must have heard that CP parkrun is a great place to meet locals. (Marlies also had the obscure distinction of being the 1000th finisher so far this year at CP parkrun. That’s not bad for one week into February.) 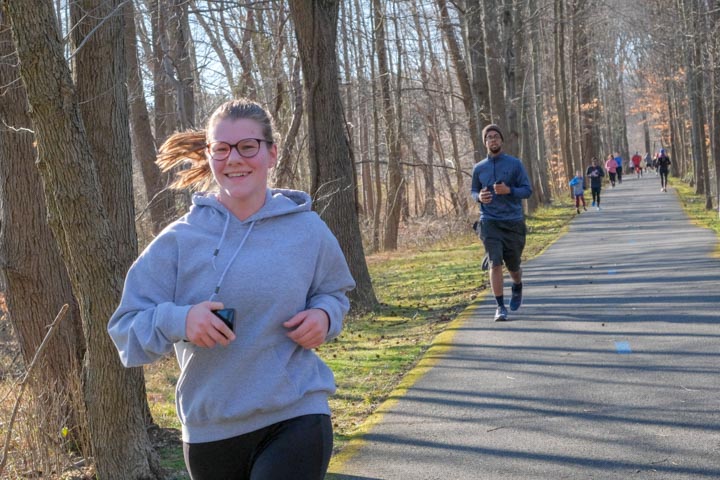 Andrea Frisch is a local who was doing her first CP parkrun, but she has discovered parkrun while living in Germany. What good luck to find that College Park has a pretty good parkrun of its own. 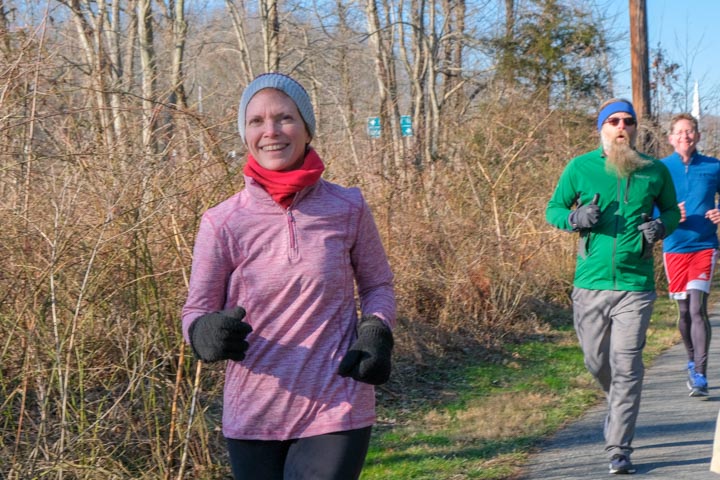 We even had a few international parkrun tourists with us this week. That doesn’t happen very often at College Park. Ffion Jones and her parents Gwyn and Cathy visited us from Leicestershire, UK, where nowadays they can mostly be found at the charmingly named Melton Mowbray parkrun. (It’s the name of the town. Try saying it six times quickly.) 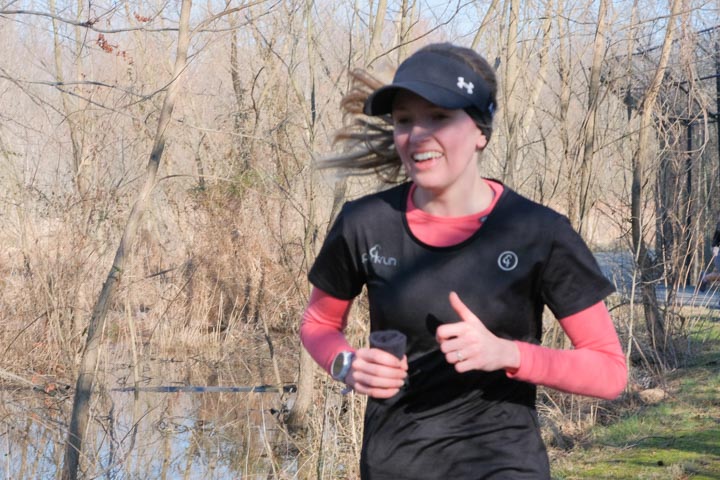 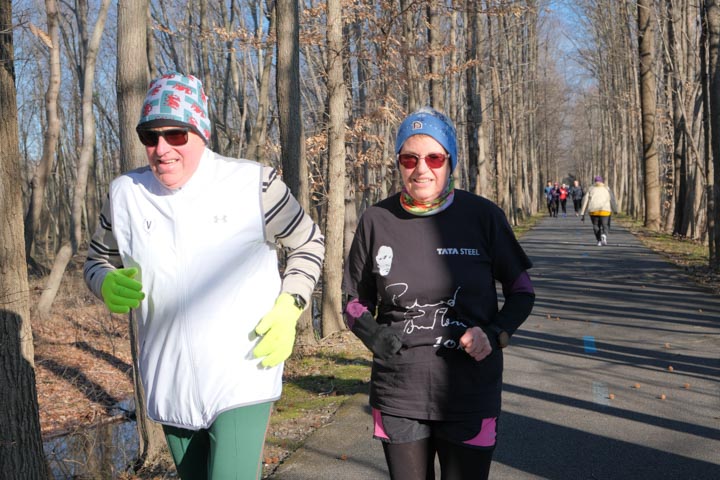 The week’s volunteer crew included THREE first-time volunteers. Jen Matis tried her hand at barcode scanning, Hira Nasir helped out afterwards, after completing the run. And Laura Ramos did a much needed course check, confirming that the trail was indeed flooded. 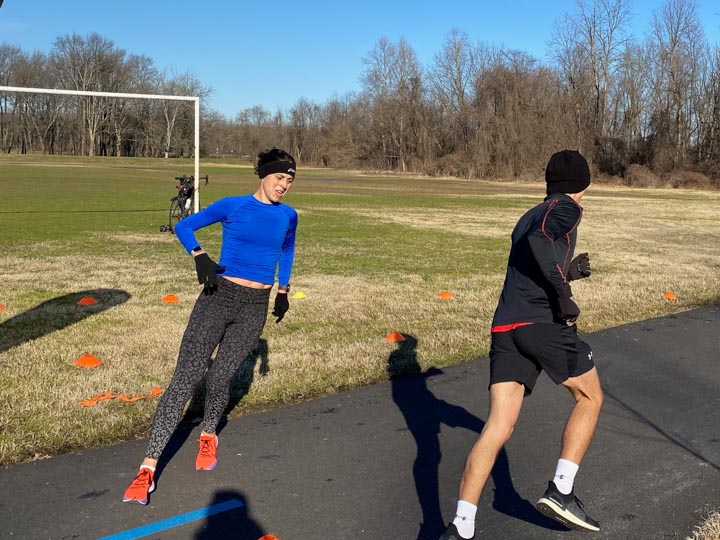 The rest of this week’s crew were veterans: Anna Tinnemore, Tomas Marambio, Trace Huard, Katie Hirsche, Jenn Augsburger, Misha Bernard, Katie Hirsche, John Larsen, Stewart Mayhew, Valerie Silensky, Marc Swisdak, and Rebecca White. And then of course there were Lisa and Hump, Andrea and Colin, who are doing their thing almost every week. Thanks to all!

Finally, a couple of reminders:

If you’re not already signed up to our volunteer email list, please do. Just one news update and volunteer summary each week. Opt in via your parkrun.com profile. Please and thank you!

And please be aware that your purchases of parkrun merchandise help to support the central infrastructure that we depend on every single week. It’s always free to take part, and we’ll never ask you to buy anything. The things that happen on the ground in College Park cost almost nothing. But the IT backend that we share with all other parkrun events, the insurance that makes it possible for PG Parks to let us use the trail for free, the milestone shirts, and so on, they all cost money. Link for barcode wristbands and tags. Link for clothing.

See you next week! 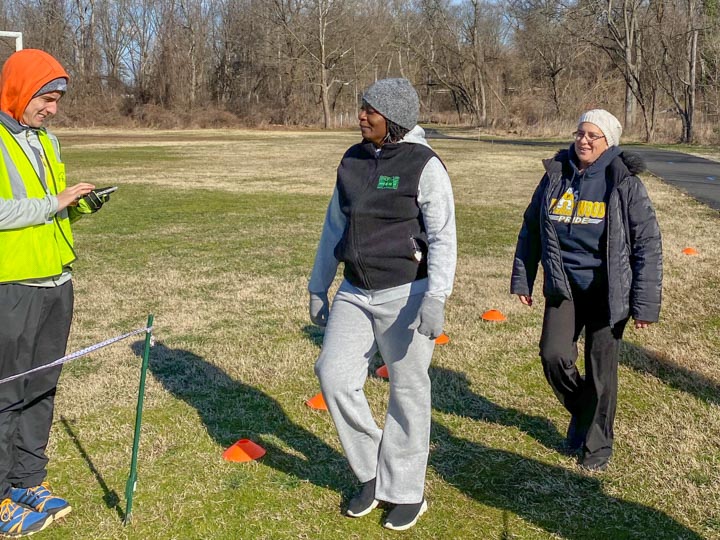 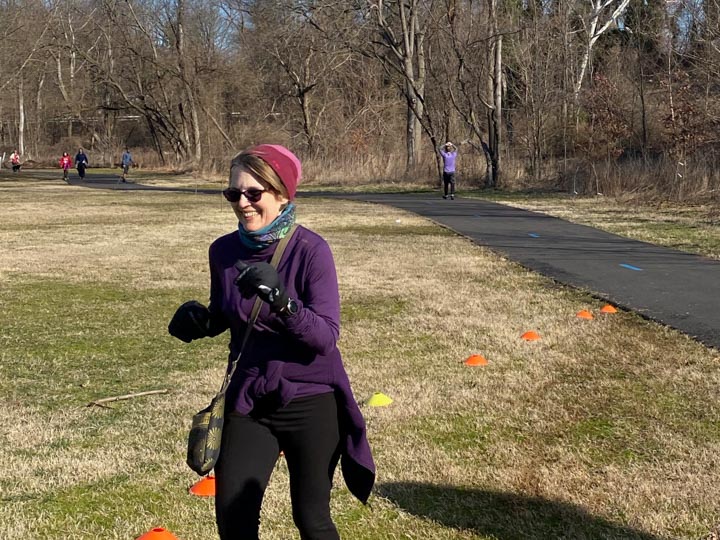 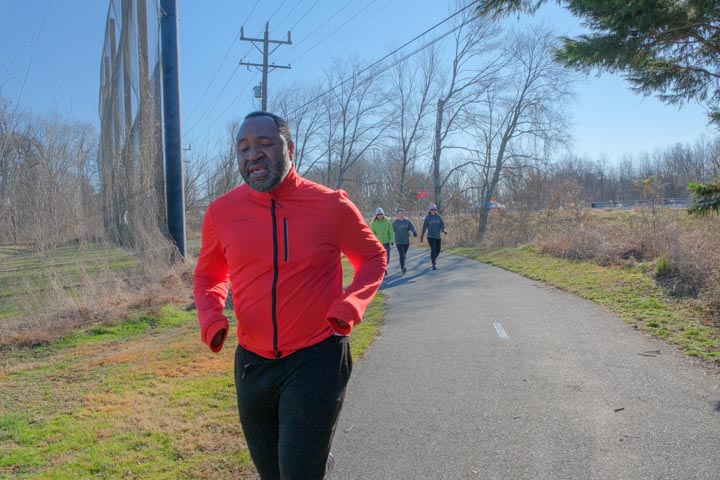 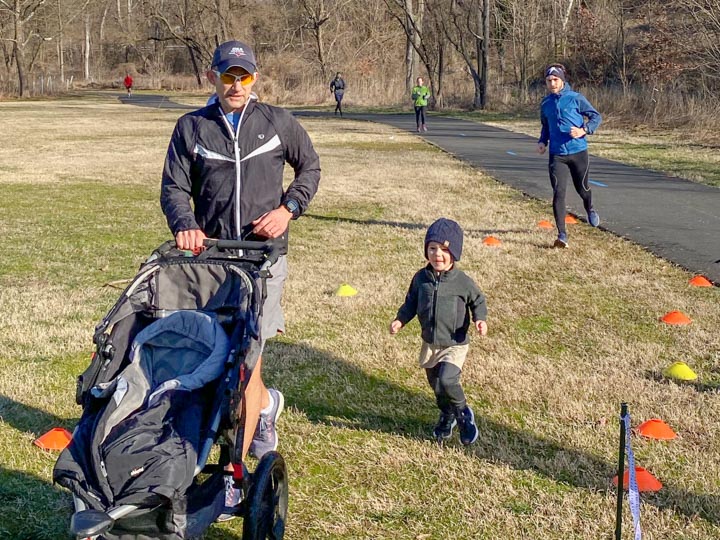 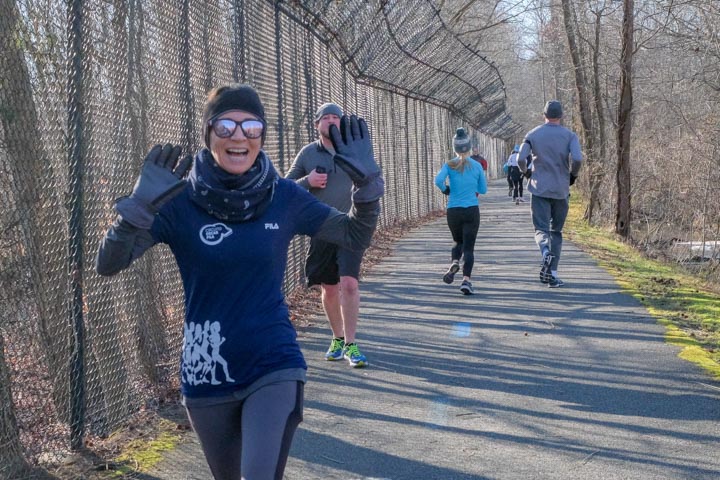 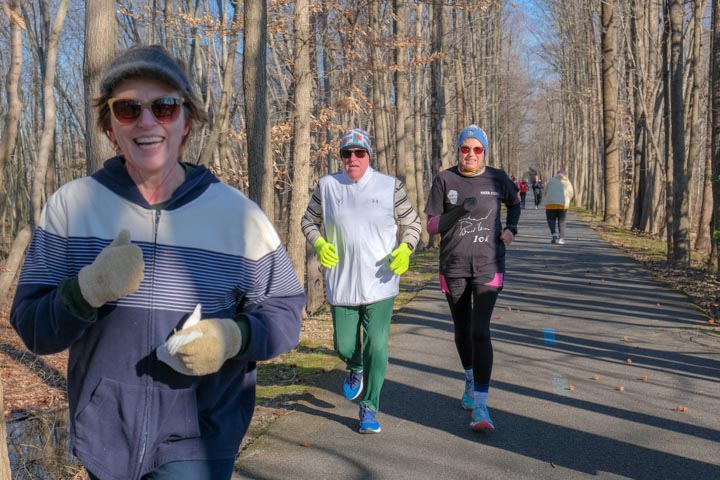 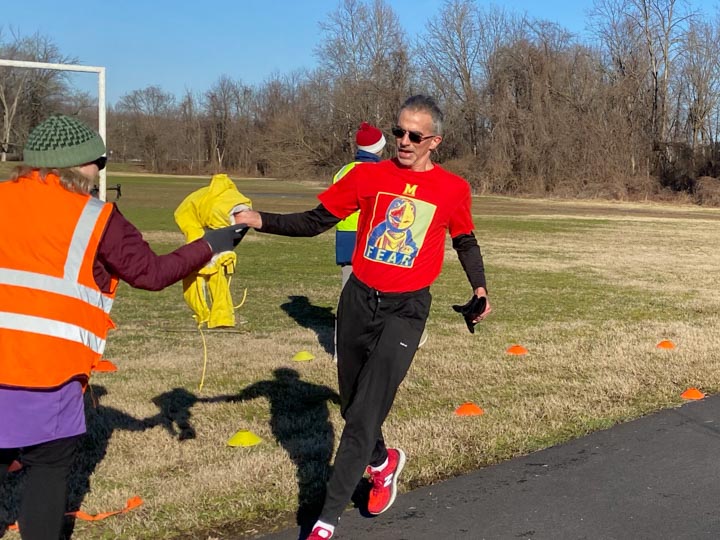 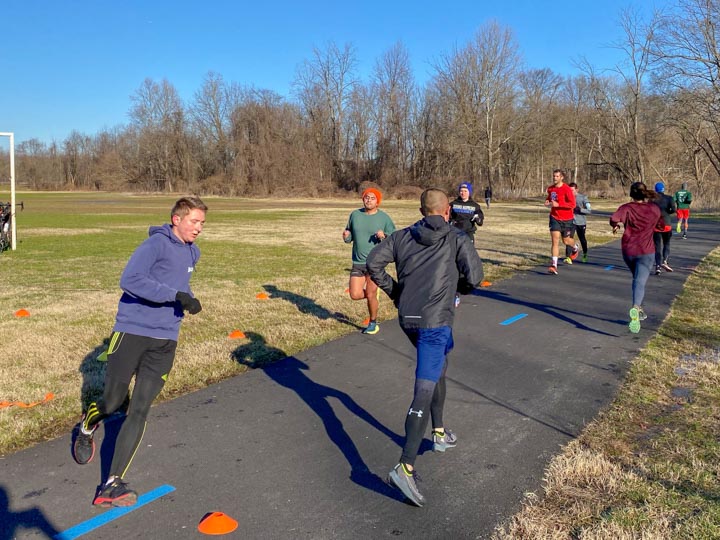 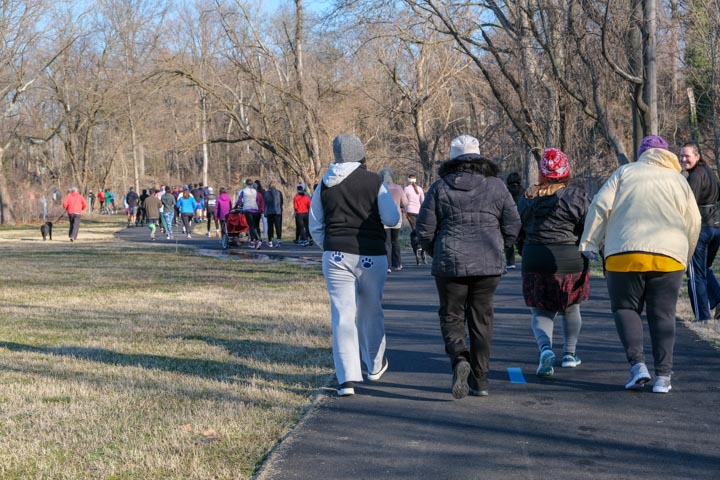 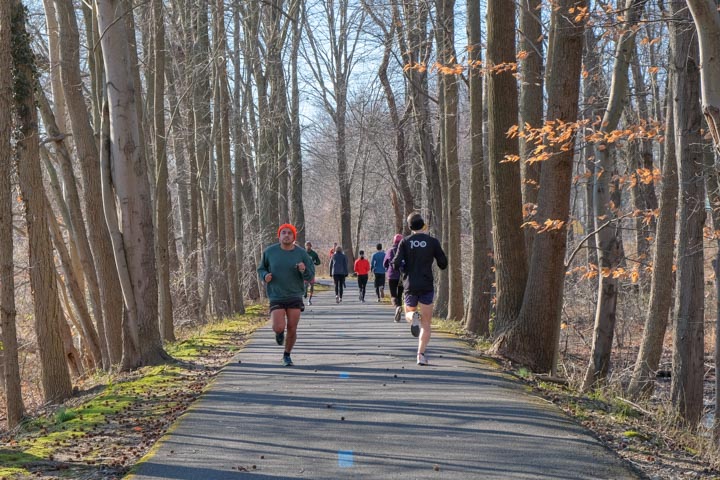