Life can sometimes be overwhelming these days. What on earth is happening in the world? Why did we turn on the news? Will the planet survive?

Saturday mornings at parkrun won’t fix global warming or corruption or health crises. But they can certainly help us to recharge our batteries and our faith in the good people around us. It’s an antidote to some of the dark forces that currently threaten us.

So, “Defense against the Dark Arts” seems like a fitting summary. 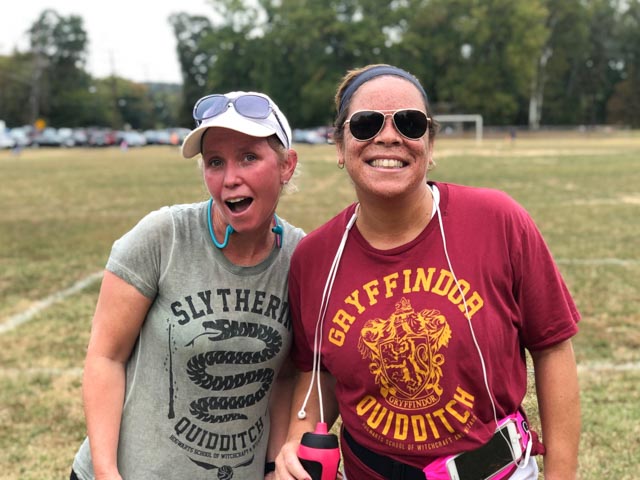 It was all the more fitting this week because we were sharing the park with the annual Turtle Cup tournament in Muggle Quidditch. No, we’re not really sure how that works either, but it’s clearly a thing, it evidently involves grown humans running around with broomsticks between their legs. And apparently UMD is fairly good at it. 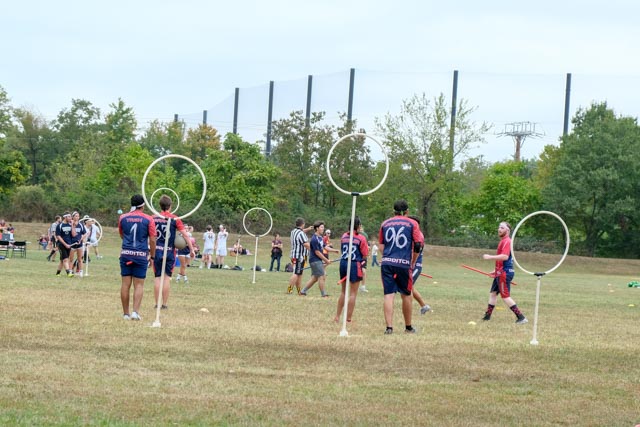 Thanks to everybody who helped with the parking challenges of sharing the park with the Quidditch teams. Many people rode their bike to parkrun -- good habit! And many others parked at a more distant lot. All good practice, as CP parkrun is continuing to grow, and we’ll increasingly need to ensure that we can accommodate everyone without creating parking mayhem. 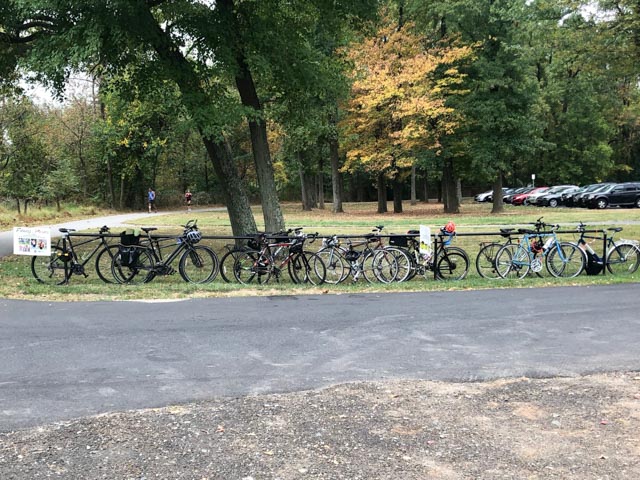 A few other things of note

Bruce Tisdale flew around the course in a PB of 16-something ... but even better than that, he brought along Johnnise for the first time, and she walked the course in a little under an hour. We love welcoming new walkers to share the trail with us! 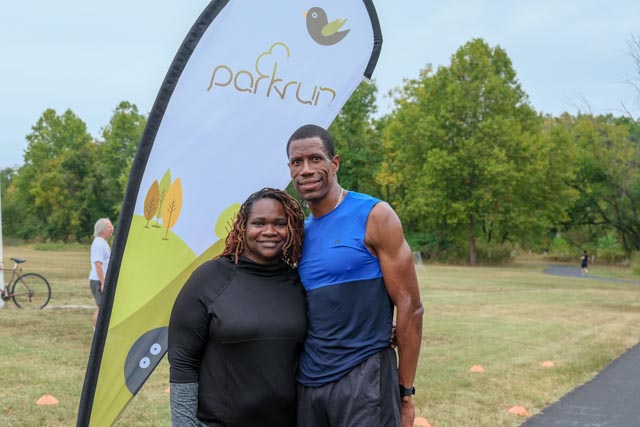 Marc Swisdak wore the red 50 sash for his milestone run. We were joined this week by SIX members of Team Bernard-Swisdak. And they brought along cake (thanks Misha!). 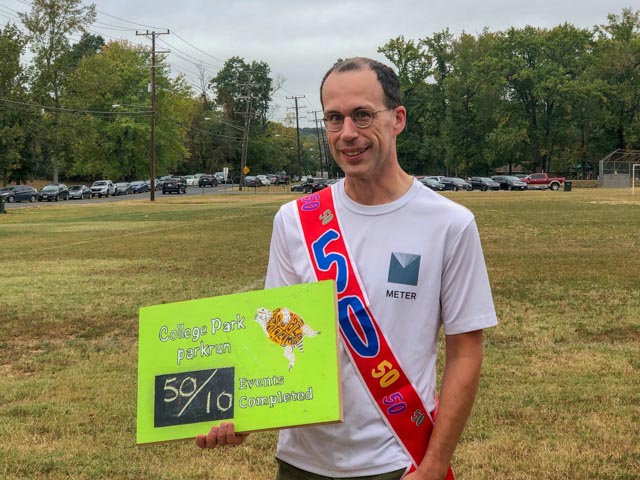 Taylor Nickens’ 10-parkrun milestone slipped under our radar last time she joined us, so we gave her a belated round of applause this week. 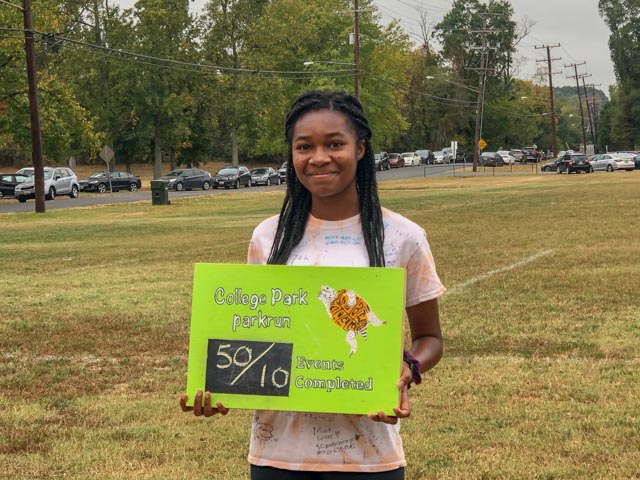 Team Hirsche-Cecil were looking great in their red shirts this week. Katie Hirsche came along on crutches, as she’s recovering from a season-ending injury. 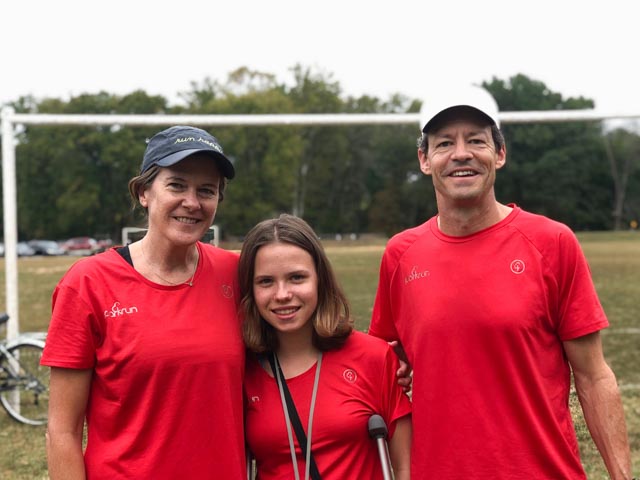 So she was part of the wonderful finish-line volunteer crew, together with Misha Bernard, Kerry Callaghan, Brianna Jelinek, and Dottie Jograj. 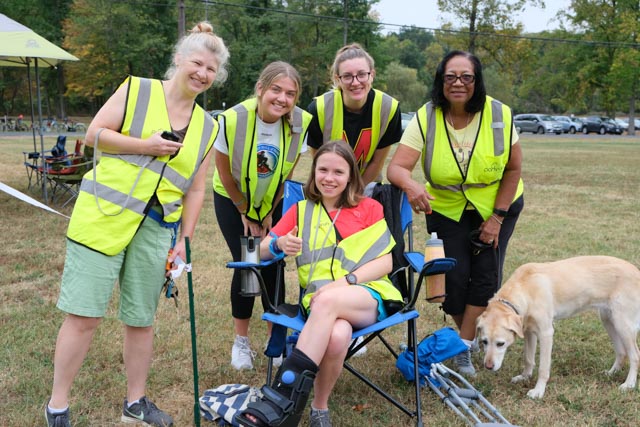 Eddie Matus and John Ramsey both wore their lucky black parkrun 100 shirts. And they seemed to do the trick. John set his 3rd PB in as many outings, and Eddie ran his fastest time in more than 2 years. That’s enough for a ring of the PB bell, as far as we’re concerned. 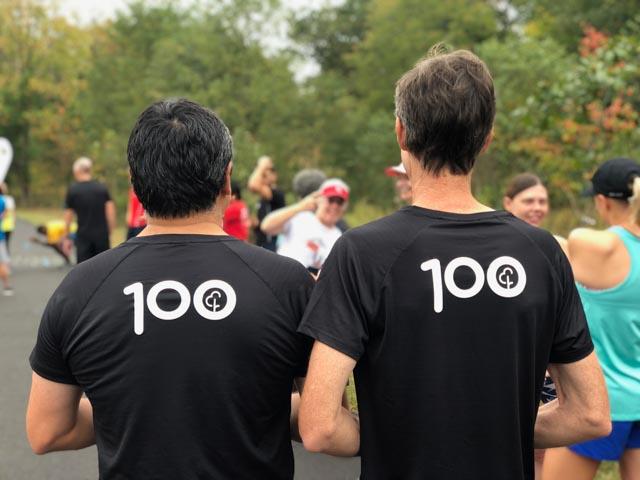 Dominique got to enjoy a run and some cake with her friend Christy, thanks to Dominique’s mom Mary, who joined us as a first-time parkwalker this week. 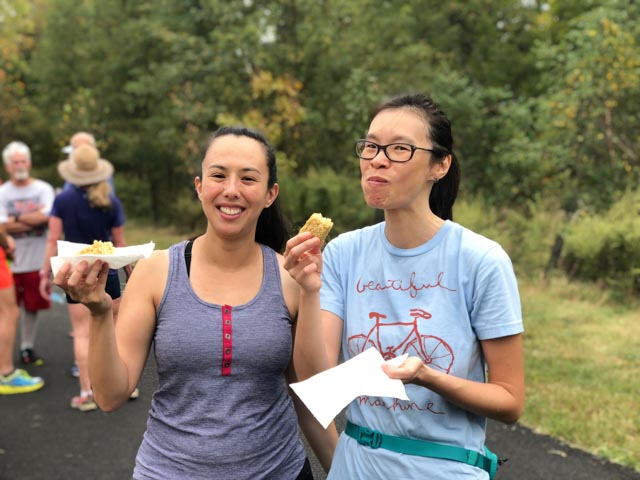 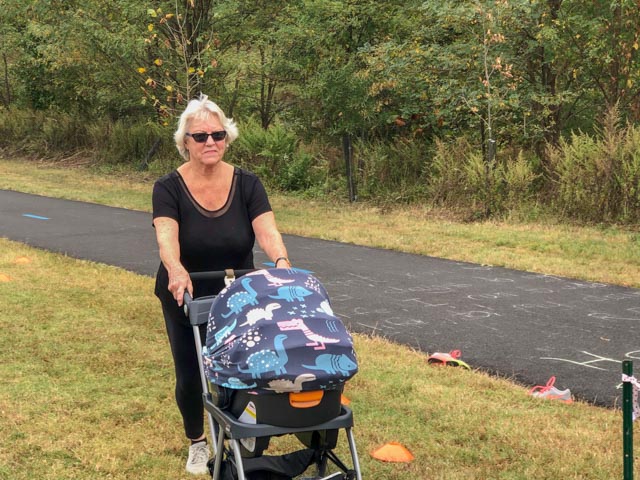 And it was Lisa Wilson’s birthday! We told everybody about it at the start, so they would greet Lisa along the way. And so Lisa reported back to us that she heard from three different people that it was their birthday, too. 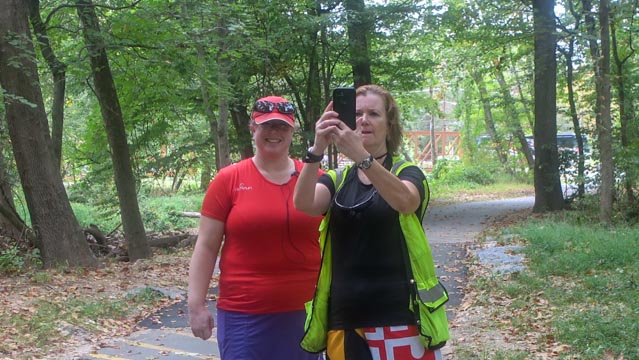 Looking forward to seeing you next time! 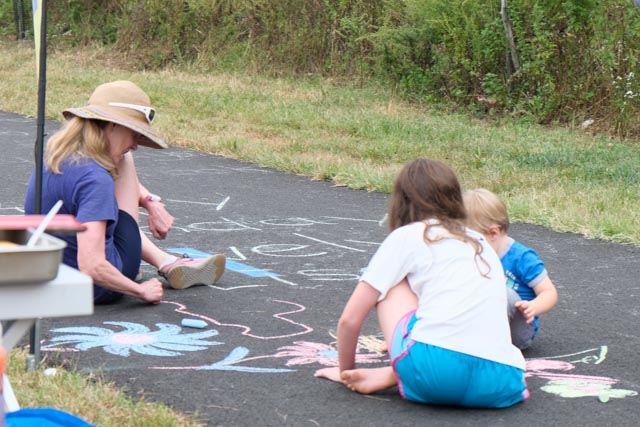 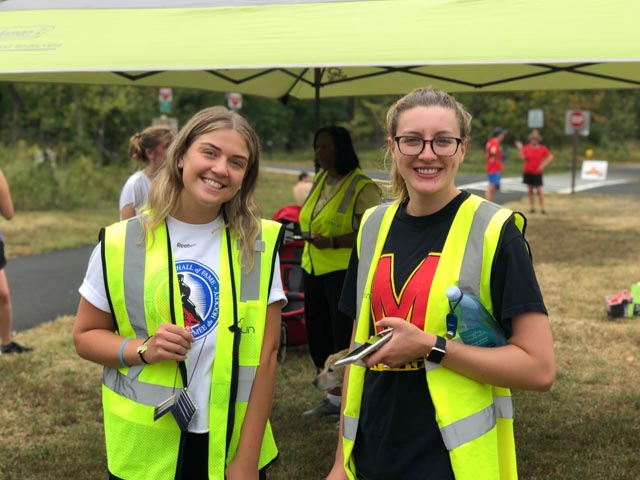 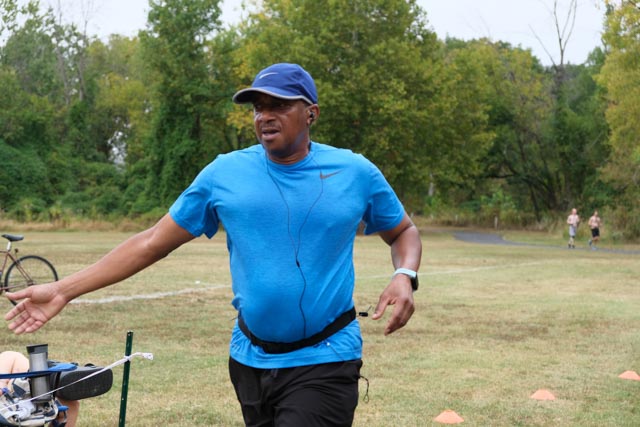 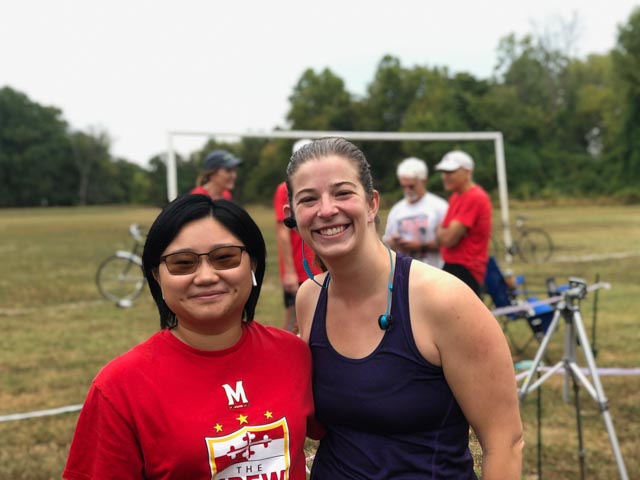 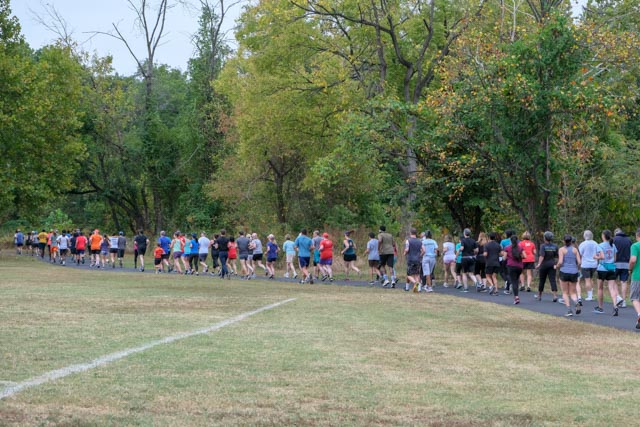