Andrea and I like to get up early on a Saturday morning. To enjoy a quiet coffee ahead of a whirlwind morning. To check on friends and family who have been parkrunning many time zones ahead of us. Sometimes to do some baking. This week when we got up we knew two things about the morning. First, it was going to be a bigger than usual CP parkrun -- we had seen a spike in registrations in the past week. Second, we were kind of short on volunteers for the finish line crew. 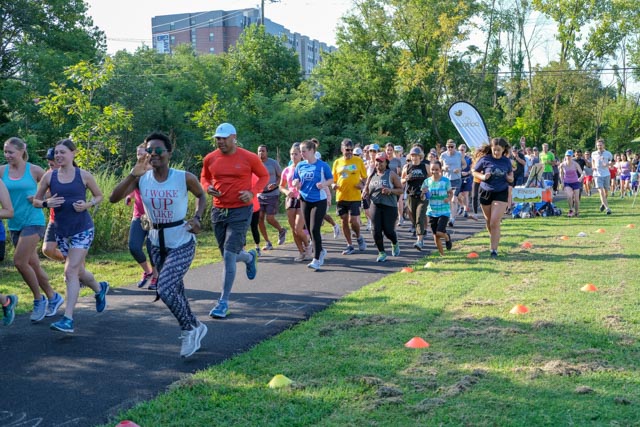 We were confident that the community would come through for the volunteer roster. Jim Parsons was running the show this week, and he is cool as a cucumber, so he could get by with a reduced crew if needed. But soon enough folks came forward, entirely unprompted, to offer to help. Zoe Phillips offered to hop in the car with us to help out (no really, you don’t try to arm-twist a 12th grader). 82-year old Mike McClellan walked up to offer his services. He was recovering from surgery so wasn’t able to run this week. But he’s an experienced barcode scanner. Meredith Phillips came along to offer her help -- why yes, a 3rd scanner could come in handy this week! And although the event started with one timekeeper, by the time the first runners returned Eskinder Haile had joined as a second time keeper. 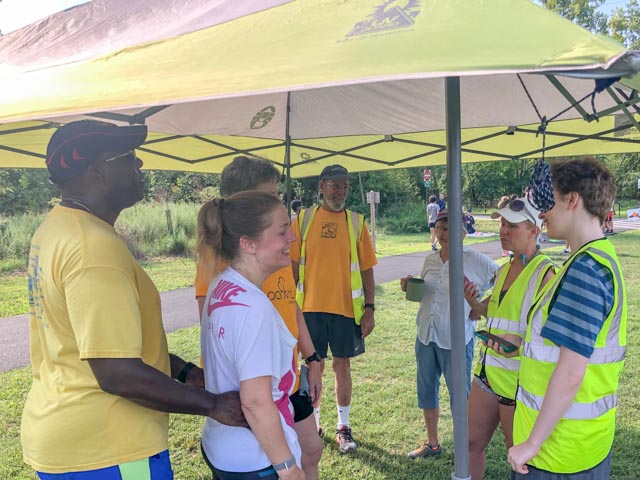 By the end of the morning we also had a results processor who offered to help on the spot. And another volunteer who we had never even met before today.

And that’s in addition to already-signed-up volunteers Tomas Marambio, Hump Plotts, Lisa Wilson, and Külli Crespin. And first-time volunteer Louis Green. Louis first joined us a few weeks ago, and has come along every week since. Great to see him donning a yellow vest already. 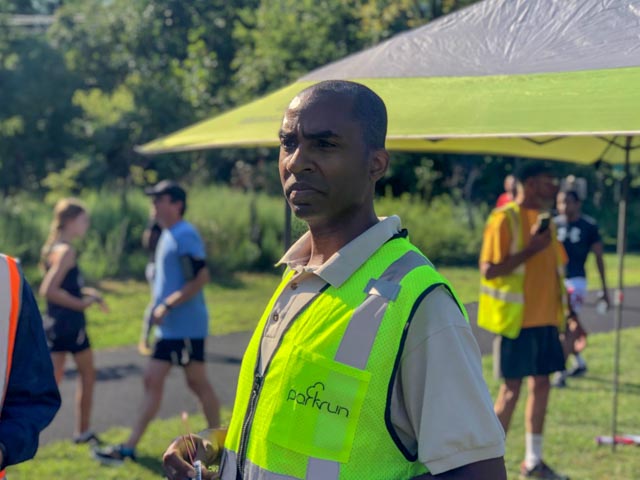 Three years ago we used to worry about being able to find volunteers every week. Every new parkrun team worries about this. But now we know -- this community is fantastic, and we just don’t need to worry.

And the big crowd? No worries. We knew the team would take it in their stride.

With 191 finishers this week (and probably around 200 starters, thanks to our high tech counting device -- Hump!), CP parkrun #152 was one of the largest yet, behind only New Years Day (resolutions!) and our 100th event, which also coincided with a hurricane-that-never-materialized, so most other events in the region were canceled. Part of the surge was due to a big influx of first-timers -- 50 in all -- including a big crew from DeMatha High School, which chose to use CP parkrun for their pre-season time trial. Great idea! 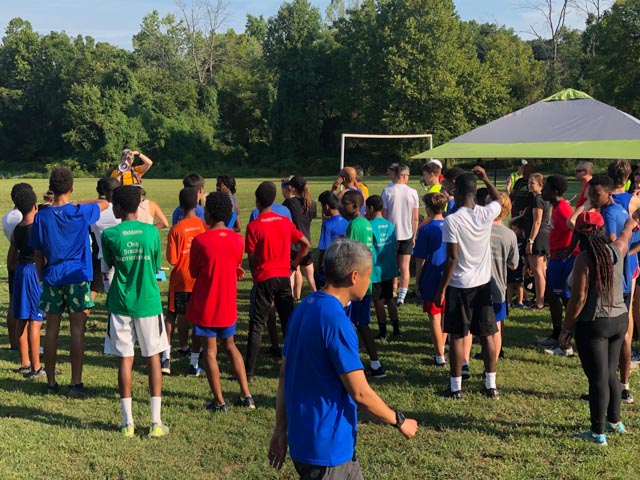 One other thing that surprised us -- and that’s because the notification went to our spam box -- was that we were joined by the CP Fire Department, who kindly gave mini CPR trainings to parkrunners. Thank you to the officers who came along and offered training. And thank you to all the parkrunners who took the mini training. 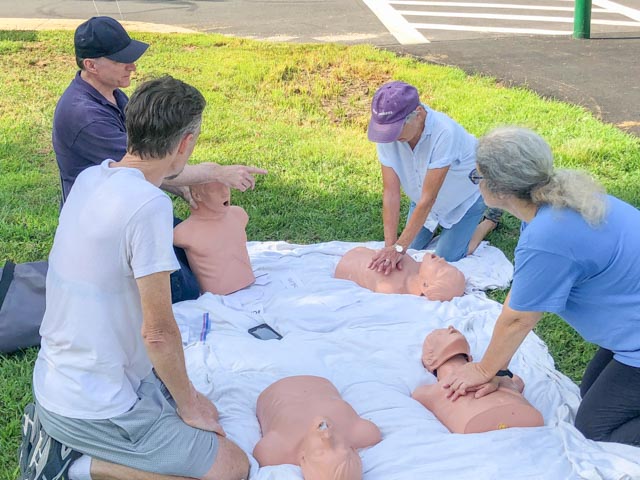 Our friends at Roosevelt Island parkrun downtown have arranged more extensive (1 hour long) CPR trainings for their community, and now they have around 25 who are trained to do this. This is a great idea, and we should look into doing this ourselves. Let us know if you’re interested.

We celebrated one new 50 club member this week. Dave Heintzelman certainly raised the bar on parkrun milestone fashion, wearing a tie for the occasion. And since Dave is a proud New Carrollton resident, we specially arranged for the mayor of NC to be on hand to congratulate him. Actually no. Mayor Duane Rosenberg is with us almost every week, looking forward to completing his 100th parkrun before the end of the year. 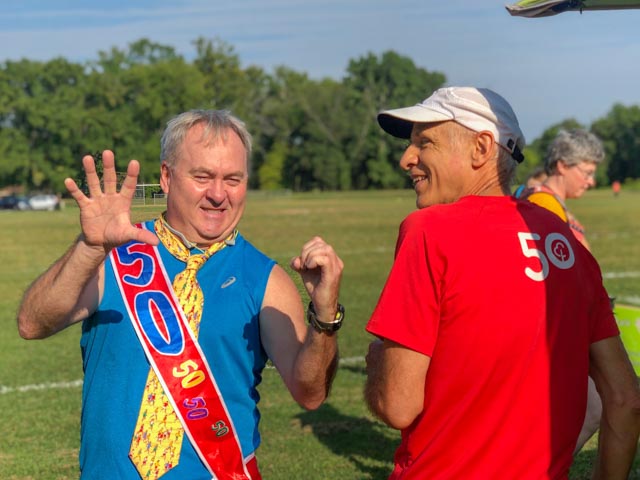 No official milestones for Team Parsons, but they featured prominently this week.

Dad Jim Parsons was run director. So everything went smoothly, of course. 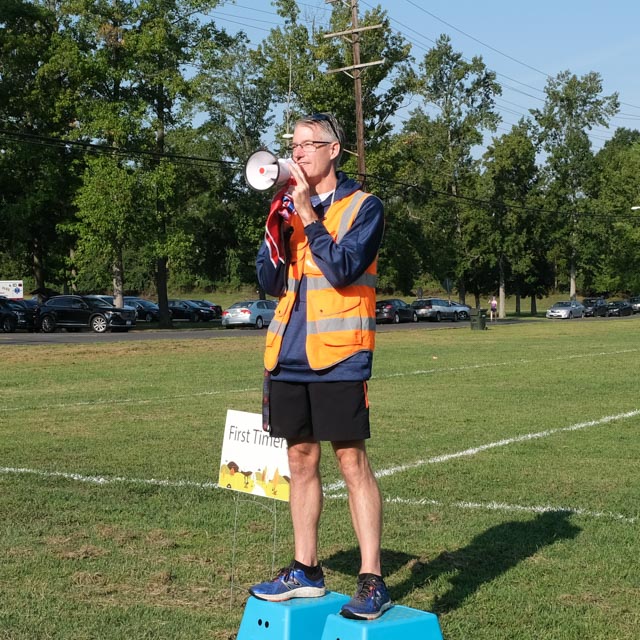 Ian Parsons was part of the DeMatha team. Most of the team were first-timers this week. Not Ian. This was his 75th parkrun. And he set a PB. Nice! 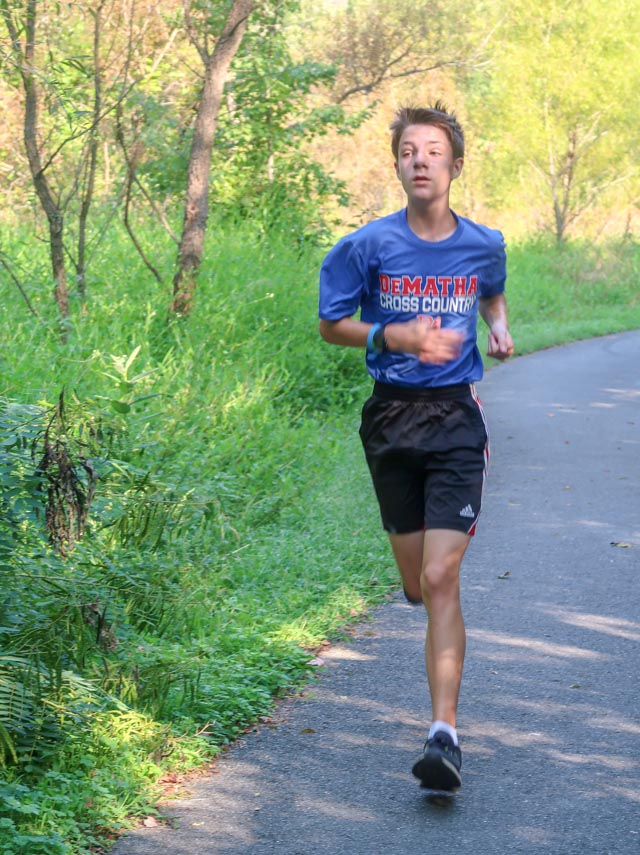 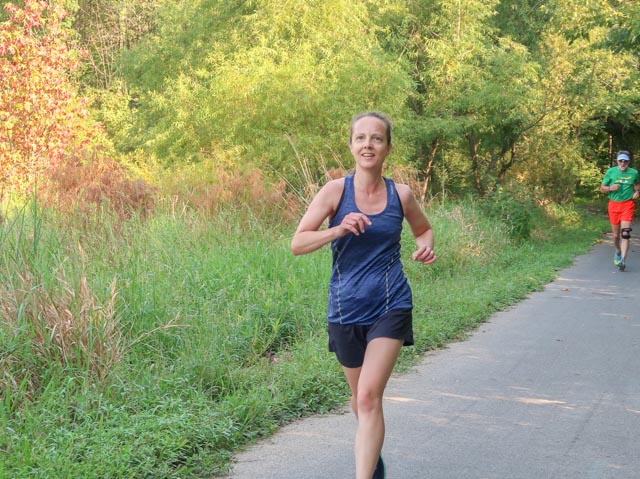 AND elder son Thomas was also one of the first DeMatha finishers, and was completing his 48th parkrun. We look forward to embarrassing Thomas with the 50 sash once XC season is over.

We like to give shout outs for unofficial milestones, too.

4 people did their 5th parkrun this week: Samuel Gamble, Annika Dallmann, RJ Spalding, and Alyssa Lee. Annika came along with her friend Wiktoria. And Alyssa took another two minutes from her PB! Her mom was suitably proud. 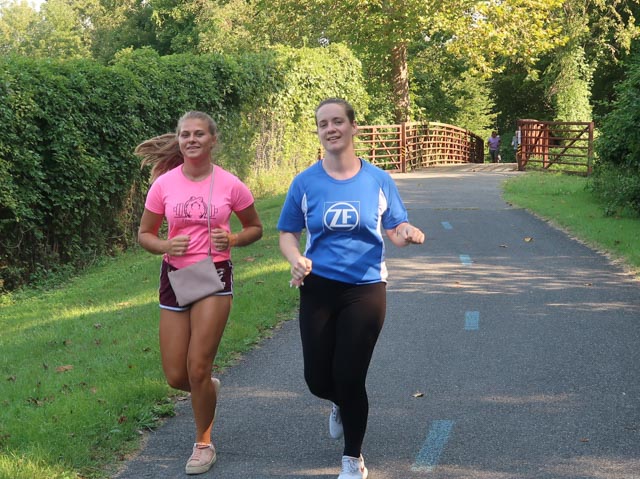 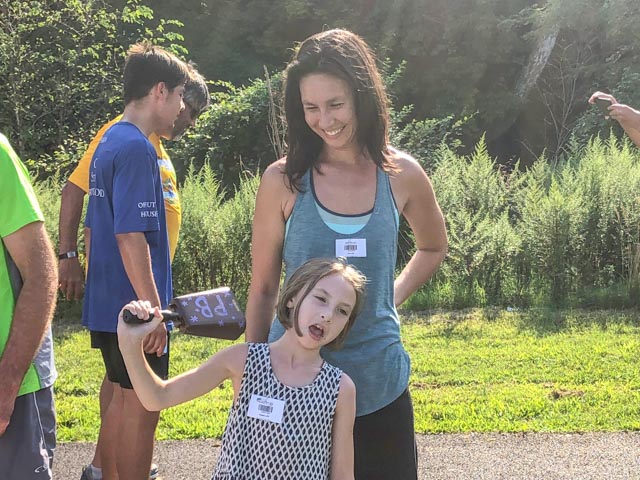 2 people did their 10th CP parkrun: Nishant Nemani and Vicki Stevens. Vicki is on a roll. She joined us for the first time in June, and since then she has set a PB almost every single time. That can’t go on forever, but we’re enjoying watching it while it lasts.

And John Maneval was this week’s new member of the 25 club, running his second fastest time to date. 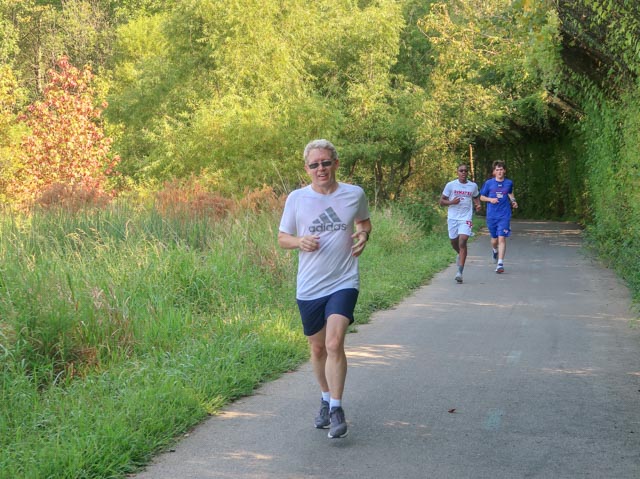 This week’s 50 first timers weren’t only high schoolers. They included Martine Gaujeanmay and her daughter Pascale, who was doing her first ever 5K. Pascale is one of our many participants who list their club as St Jerome Academy Runners. We think these kids are super ready for the upcoming cross-country season. 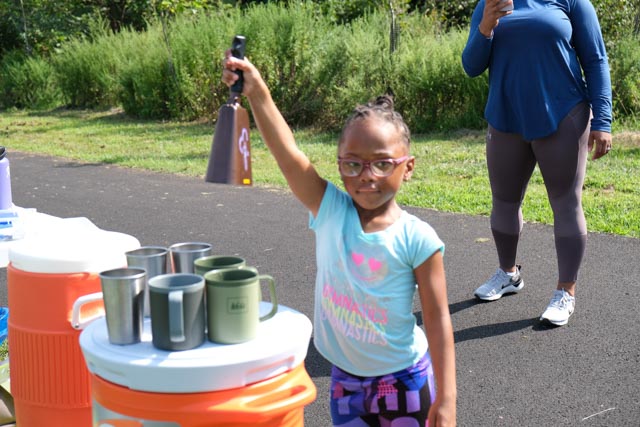 Also from St Jeromes, all *four* of the Bishop family set a PB. Nice job! 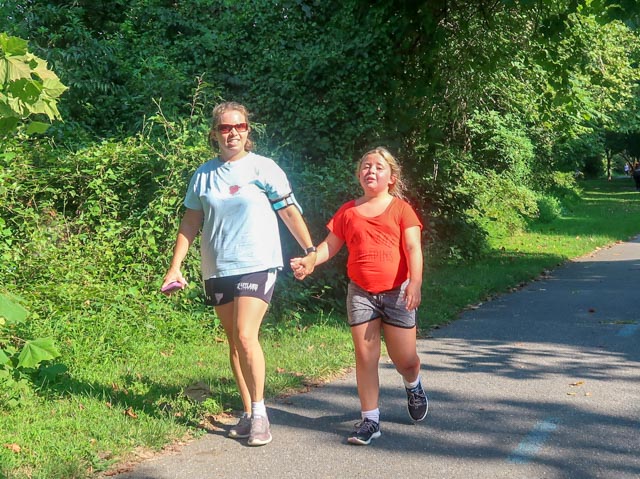 And Louise Godley and Marianne Poon had the distinction of setting PBs 3 weeks in a row. 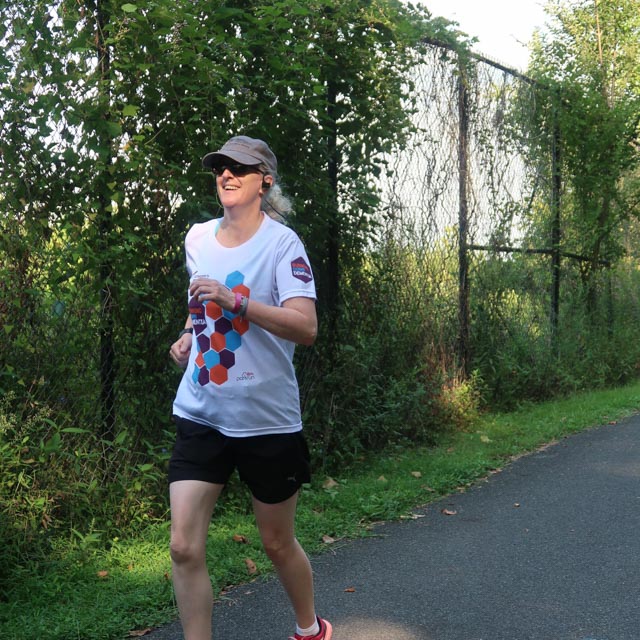 Keaton Ellis set yet another PB. And Angela Perdomo took a HUGE chunk from hers, apparently thanks to great pacing by mom Teresa. 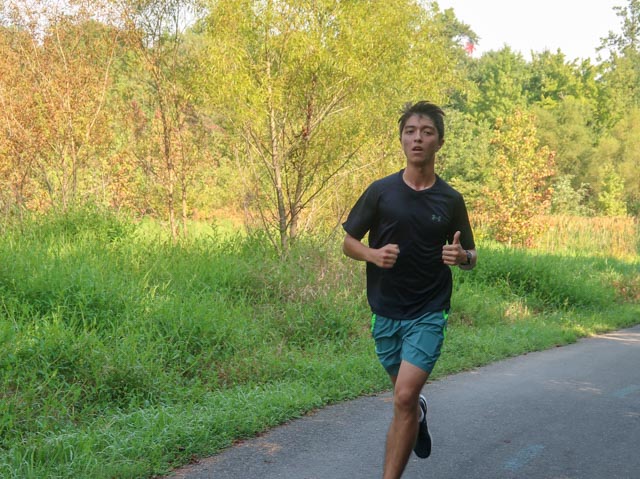 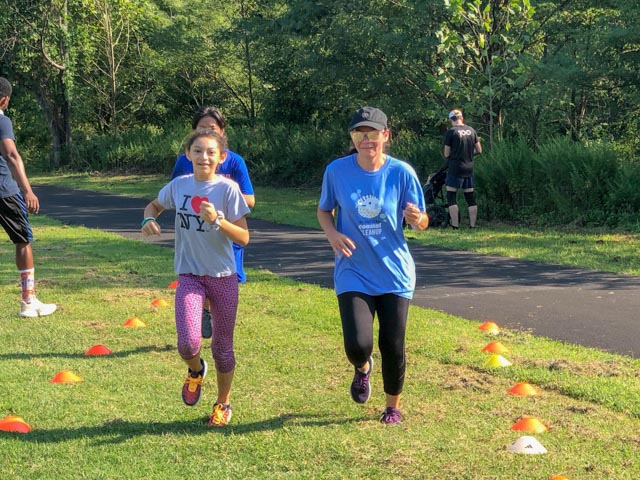 It wasn’t only the runners who were setting PBs. Bonita Shelby got in on the action, too. We love that Bonita is making parkrun a regular part of her walking routine. 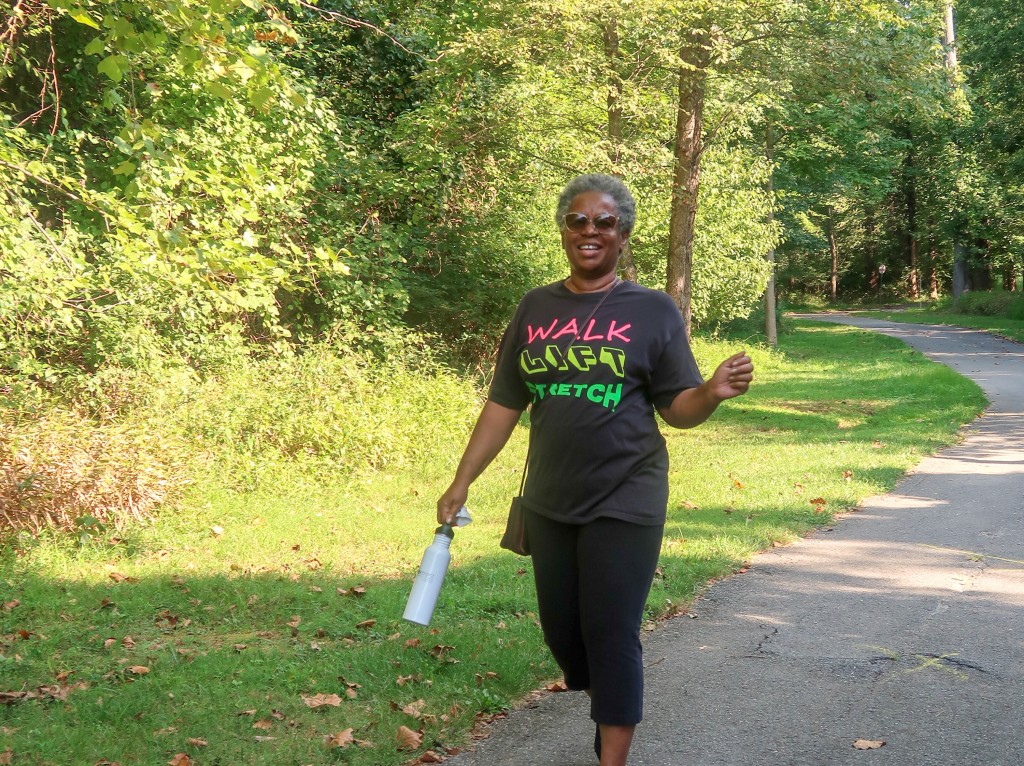 And in addition to the many newcomers and PBs, we welcomed back an old friend -- Xinzi He was back after a year working in “the other Washington”. We’re super happy to have her smiles back on the trail on a Saturday morning. 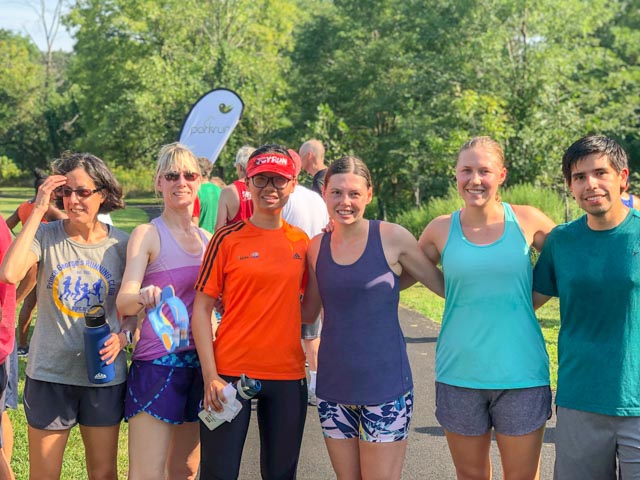 So that rounds off August, our busiest month yet of parkrunning, where we saw 778 finishers in a single month. 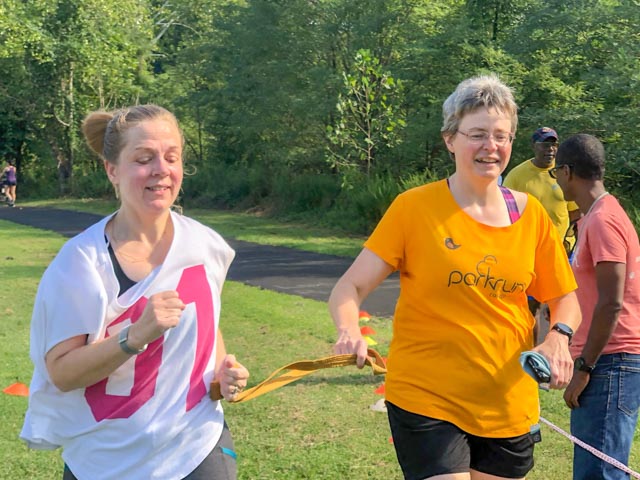 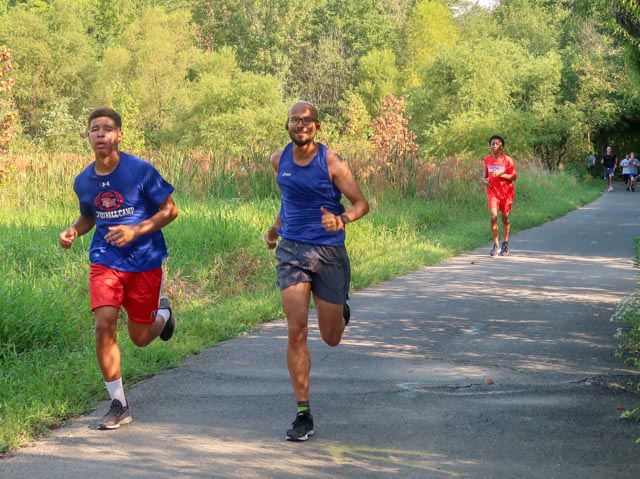