As we got closer and closer to parkrun day in the DC Metro area, the weather forecast was going south (or should I say north?). Snow seemed more and more likely and a few of us were getting worried about parkrun even happening, or worse, no one coming. Well, when we awoke Saturday morning, it was cold, it was windy, but no snow. Yet!

The snow started falling about 30 minutes before the parkrun start. A few of the volunteers chatted before others arrived, trying to guess the number of runners we’d see. Wow, did we underestimate the parkrun community! On a cold, windy, snowy December day, College Park parkrun had 83 amazing runners and walkers and 10 truly wonderful volunteers. And we had a wonderful event for all of them. 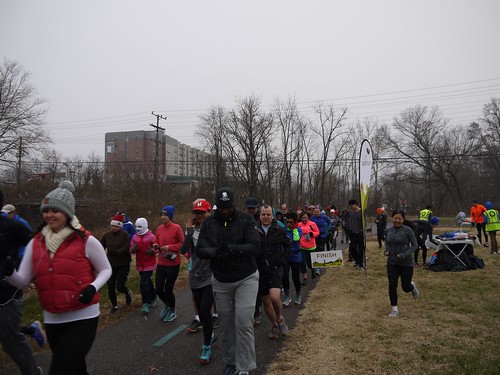 We had a special milestone to celebrate on Saturday. Gus Campbell started joining parkrun a little over a year ago at the insistence of his daughter, Jen. He was hooked immediately. The community embraced him and there he met some great new friends. There is warm breakfast with these new friends after parkrun. He loves checking the results shortly after parkrun and setting new PBs. Maybe the most important reason he was hooked: family. Joining everyone at parkrun meant he could spend the morning with his daughter and son-in-law (me!). On this Saturday, surrounded by this great community, his new friends, and both daughters, both son-in-laws, and his grandson, Gus celebrated his 50th parkrun! Congratulations, Gus! 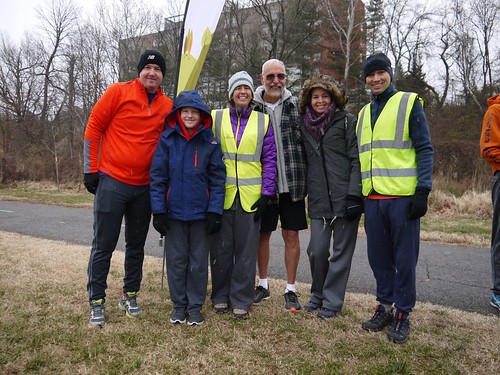 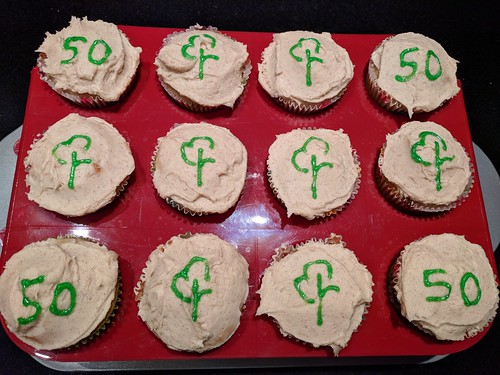 Not to be overlooked, Paul Wester hit an unofficial milestone this week. Paul ran his 20th parkrun! Congratulations, Paul! Just 30 more to catchup to Gus. Also, Nick Huang ran his 25th parkrun, about a month after reaching the official milestone for volunteering 25 times. And College Park mayor Patrick Wojahn also made it halfway to 50 parkruns, keeping alive his promise to reach his 50 parkrun milestone during his second term, which started this week. This week’s one new 10-timer was Anna Tinnemore, and for once we had no new 5-timers. 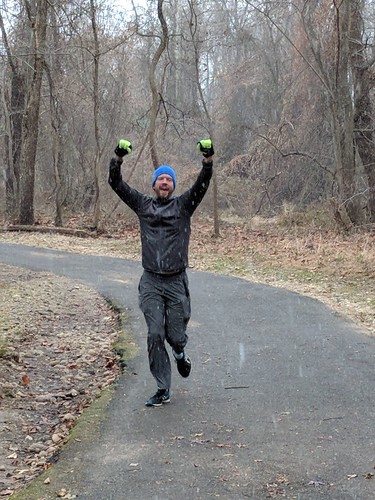 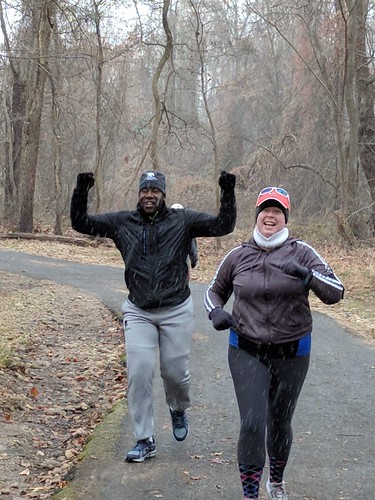 I don’t know if the snow helped anyone run faster, but it sure did look good. First finisher was the always speedy Clark Ridge. Clark was followed closely by Niko Fedkin, setting a new PB and an age category record. In fact, there were 14 PBs set on Saturday. Elmer Hernandez dipped under 20 minutes for the first time. Ken and Gina Witcher both set PBs, with Gina paced by 11-year old Nathan Widman, also setting a PB. Chris Nakamura of UMD Triathlon returned for a PB, set while trying to chase Cindy Conant (good luck!). Xinzi He and Kristen Limarzi continued their growing line of PBs. Rose Lafferty, Enrique Jograj, Crystal Walcott, Bin Cao, and Marc Swisdak all were first timers last week and returned with PBs this week. Kristine Rogers returned after a few weeks and took a big chunk from her PB.

Really fantastic to watch as the snow fell. Congrats to everyone! 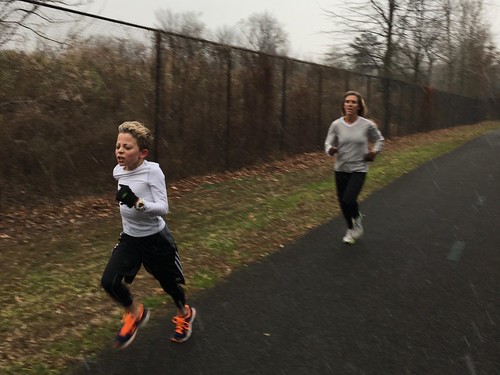 It was great to see family and friends among this week’s first timers. Becky Widman joined Andrew and Nathan Widman for the first time. Matthew Mullally ran with with his daughter Madison. Jacob Gerbig was there to join his granddad’s 50 parkrun celebration. And Maia Swisdak came along with her mom and dad. 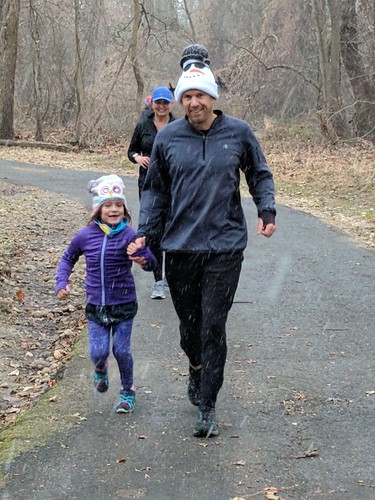 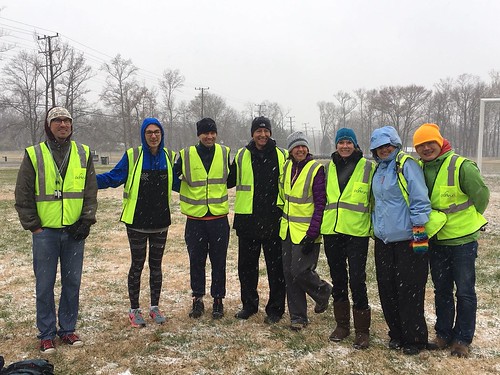 I could not give enough praise to the volunteers this week. I know how cold it was for everyone, and you still came to help out. Your hearts are warmer than the handwarmers that many needed that day. On Saturday we had golf course marshal Hump Plotts. Turn around marshal Lisa Wilson. Tail walker was Cindy Feld. Timing was well handled by Steve Feld and the always energetic JJ Su. Finish tokens was a dual effort by Sam McGranahan and Nina McGranahan. Barcodes were scanned by John Wilkerson. The wonderful photos of you smiling in the snow were taken by Jen Murphy, together with Lisa Wilson and Cindy Feld. And finally big thanks to Nick Huang for the results processing and token sorting.