Hi all. Pardon me while I put on my Event Director hat for just a minute. This week's parkrun was incredibly gratifying to me personally for two reasons.  First, it was wonderful partnering with UMD & Prince George's Parks for their annual Good Neighbor Day event. As you all know, parkrun is all about community engagement and getting people out into local parks for recreation and fitness, so this was a natural alliance. Second, this was the first week that 3 out of 4 of our current run directors were away, and even though Good Neighbor Day brought the potential of having many more runners than usual, I was not in the least bit worried. Why? Because: you. Lots of our parkrun regulars offered to volunteer, and we had a crack crew of helpers. Even on Saturday morning, I was approached by multiple people who asked if we still needed help and who told me they had brought a friend just in case. That speaks volumes about your commitment to our weekly recreational rendezvous. I've said it before, and I'll say it again: you guys are the best, and I love spending my Saturday mornings with you!

If you missed this week, check out this terrific video about Good Neighbor Day and parkrun, by Danielle Stein and Pablo Roa--two UMD Broadcast Journalism students. They did a wonderful job with this.

15 people set new PBs this week. Chris Kujawa (14 runs) and Dustyn Kujawa (8 runs) both improved on their previous PB by exactly the same amount, 11 seconds. Ginger Wilkerson and John Wilkerson both set PBs on their 9th parkruns -- normally they run together, but this week Ginger ran with mom Susan Whitney, so John blazed ahead. Our parkrunners of the month for February (Gus Campbell) and March (Crystal Bergemann) both improved on their PBs for the 3rd time in a row, and by about half a minute. Yancira Amaya took yet another big chunk from her PB on her 15th parkrun, with a little help from her friend Mary Buck. Steve Hendrix now has run faster all 6 times that he has visited us, which may be a record. Keri Pierce and Ralph Dubayah took big chunks off their previous PBs on their 7th and 3rd parkruns.

The smallest PB of the week came from Tom Bean, who shaved a mere 6 seconds from his previous best. But since this amounted to a course record of 15:48, we won’t hold that against him--that's what you call a ceiling effect! 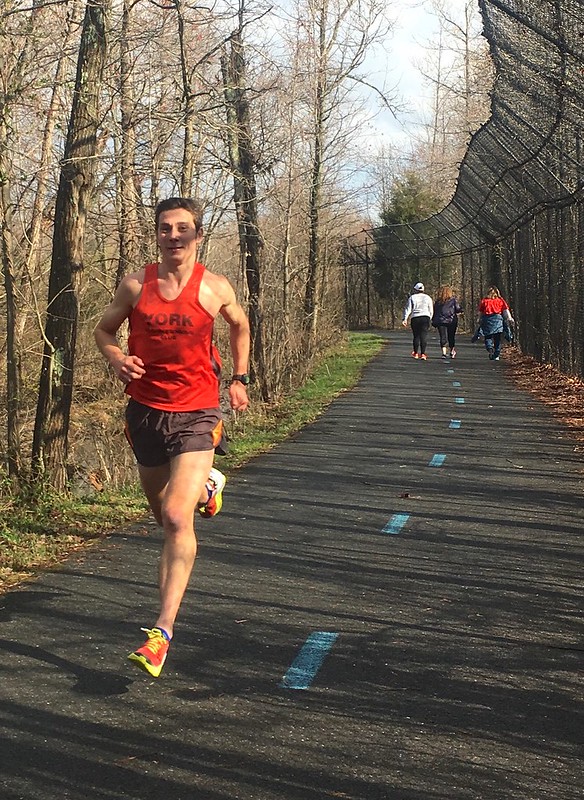 In other fun facts, a second Ken Leonard from UMD has now run our course. Ken Leonard #2 is a UMPD officer who came along to do parkrun before helping with the trail projects. Come back any Saturday, Ken! Last week we commented that Rachel Lukens (and Marty)'s finishing time was probably a stroller course record. This week Rachel (and her mom!) and Marty were part of our volunteer crew, and Ben Flamm moved the stroller course record to a new level: 7 minutes per mile pushing a toddler! This week we have 2 new members in our unofficial '5 club': Susan Whitney and Frank Filteau have both now run CP parkrun 5 times.

We owe a huge thank you to Prince George's Parks, and especially to Anthony Nolan and Antonia Bookbinder for working with us to identify and implement trail improvements that will be great for parkrun in the future. And none of this would have happened without the tireless efforts of the Office of Community Engagement at UMd, and especially Gloria Aparicio-Blackwell and Sarah D'Alexander. Thank you all for being community and stewardship champions! 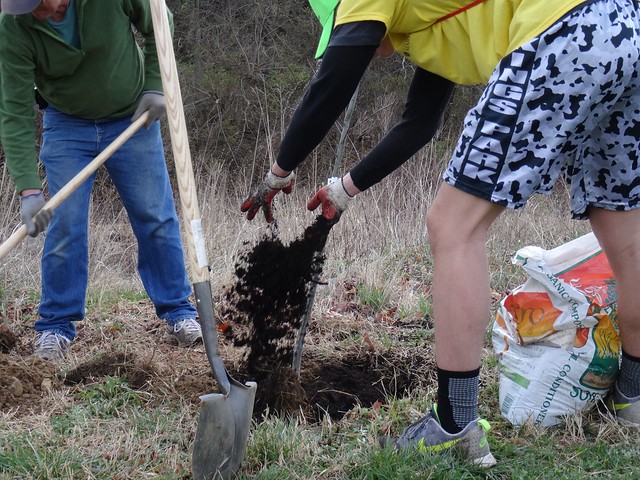 This Saturday, April 8th, I will be doing a neighborhood 5k that is near and dear to my heart: the Azalea Classic. This was my first 5k race ever (in 2014), and it will forever be one of my favorites. It is incredibly welcoming, with loads of kids, 'sporadic' runners, and walkers, and it always has an awesome post-race party. Which makes it sound kind of like parkrun, right? Maybe I'll see some of you there! Meanwhile, parkrun is on as usual, and Colin will be your Run Director tomorrow, aided by our normal great crew of volunteers.

Here's a heads up for the near future: If you've been getting tired of seeing the same Run Director faces lo these many weeks, fear not! We are expanding our pool of rotating Run Directors. More on this soon.

See you on the trail,